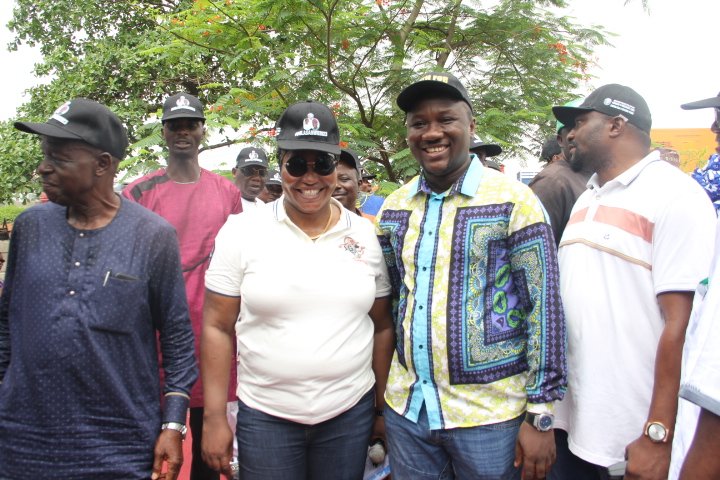 Princess Samiat Abolanle Bada, the Executive Chairman of the Ikosi-Isheri Local Council Development Area, has stated that Governor Sanwo-Olu and Asiwaju Bola Ahmed Tinubu, National leader of the All Progressive Congress, are the best candidates for the governorship and presidency, respectively.

Bada stated this at the Open Rally she hosted in support of National leader of the APC, Asiwaju Bola Ahmed Tinubu, and Lagos State Governor, Babatunde Sanwo-Olu’s presidential and gubernatorial aspirations ahead of the APC primary election. 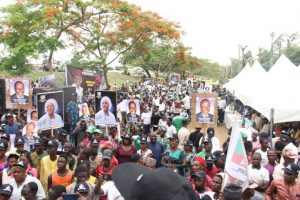 The rally, which took place on Tuesday, May 10 at the CMD Parking Arena in Magodo, saw a big turnout of party members in the state at large. 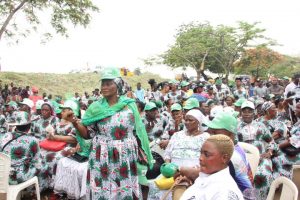 Bada praised the performance of Lagos State Governor Sanwo-Olu, whom she described as a mentor and a remarkable leader, during his first term in office. She also asserted that Asiwaju Bola Ahmed Tinubu is the best presidential candidate for the APC.

“Of all the presidential contenders, Asiwaju Bola Ahmed Tinubu is by far the most qualified,” she remarked. He has had a significant effect on the development of the state and country, and he has been instrumental in the emergence of numerous party leaders in the country.

“Governor Sanwo-Olu has done an excellent job in his first term and continues to do so, which is why we, the APC members of the Ikosi-Isheri LCDA, support him for a second term.”

She also urged Ikosi-Isheri residents to support Asiwaju Bola Tinubu and Governor Sanwo-Olu in the primary election and 2023 as they are the ideal candidates for the job.

Many APC leaders in the state, as well as other dignitaries and traditional rulers, were in attendance, and each had their word.

Alhaja Kafilat Ogbara, a candidate for the Federal House of Representatives from the Kosofe Federal Constituency, said Asiwaju Bola Ahmed is a leader who has the political will to see that his plans are carried out. ”We believe he has a vision for the country.” She said. “Governor Sanwo-Olu, on the other hand, has picked up where the former governors of the state left off and has been doing a fantastic job.

Some of the dignitaries present include House of Representative aspirants, Kafilat Ogbara and Abiodun Awokoya; The Onikosi of Ikosi, Oba Alamu Oloyede Kehinde; Nollywood actor Saheed Balogun, who anchored the program.

Many support groups, including the Christian Association of Nigeria (CAN) and the League of Imams, pledged their support to the hopefuls.