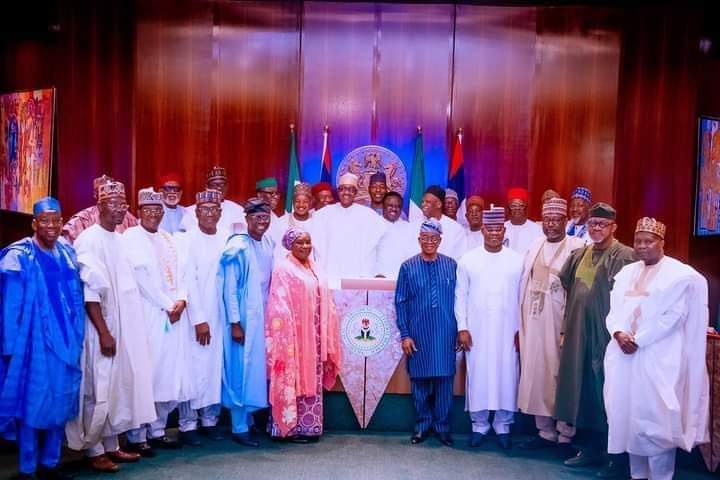 On Tuesday, President Muhammadu Buhari met with the All Progressives Congress governors ahead of the party’s convention.

Femi Adesina, the president’s special adviser on media and publicity, released a statement saying, “We must display great traits of APC during our convention, President Buhari charges governors.”

At a meeting held at State House in Abuja, Buhari urged the governors that decisions should be made that would allow the party to retain power at the center.

The meeting took place amid anticipation that the president might anoint a presidential candidate ahead of the convention. 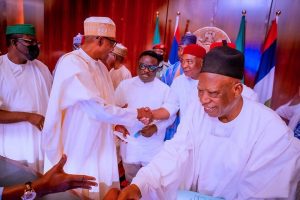 He also tasked the governors with ensuring that the upcoming convention, which will elect a presidential candidate, embodies all of the party’s principles and qualities.

“The preparations for the 2023 General Elections have begun in earnest,” he stated, “and I note that the most successful political parties around the world have always relied on internal coherence and a strong leadership brand to achieve greater electoral fortunes.”

Our party, the APC, will not be any different, especially because we are still putting in place the roadmap for a more wealthy country.

As I enter the final year of my second term as President of the Federal Republic of Nigeria and leader of the party, I am acutely aware of the pressing need for me to provide better leadership to the party throughout this transition and ensure that it proceeds smoothly.

“Such leadership is necessary to keep the party strong and united.” It is also necessary to improve our electoral fortunes by ensuring that the party retains power at the federal level, maintains a large majority in various legislative chambers, and gains new states.

The party will have its convention in a few days, during which primaries will be held to select the Presidential Flag Bearer for the 2023 General Elections. This is a very important procedure, and the outcome should demonstrate to the rest of the world the APC’s positive qualities in terms of democratic values, culture, and leadership.

The President urged the Governors to “allow our interests to converge, our emphasis to remain on the changing dynamics of our environment, the demands of our residents, and the global community.”

Our goal must be for our party to win, and our candidate must be someone who will instill a sense of success and confidence in the Nigerian people even before the polls. “

Buhari promised the governors that the consultation process would continue until all aspirants and stakeholders were brought on board and that any worry caused by various circumstances would be adequately managed, “and that our party emerges stronger.”

Governor Atiku Bagudu of Kebbi State, who is also the Chairman of the Progressive Governors Forum, was cited as saying that the party must build on the victories of its recent elective convention and primaries.

He also challenged the party to “produce a candidate who will follow in the footsteps of Mr. President’s patriotism and devotion to the country.” We will work with you, Mr. President, to ensure a successful convention. “PRE