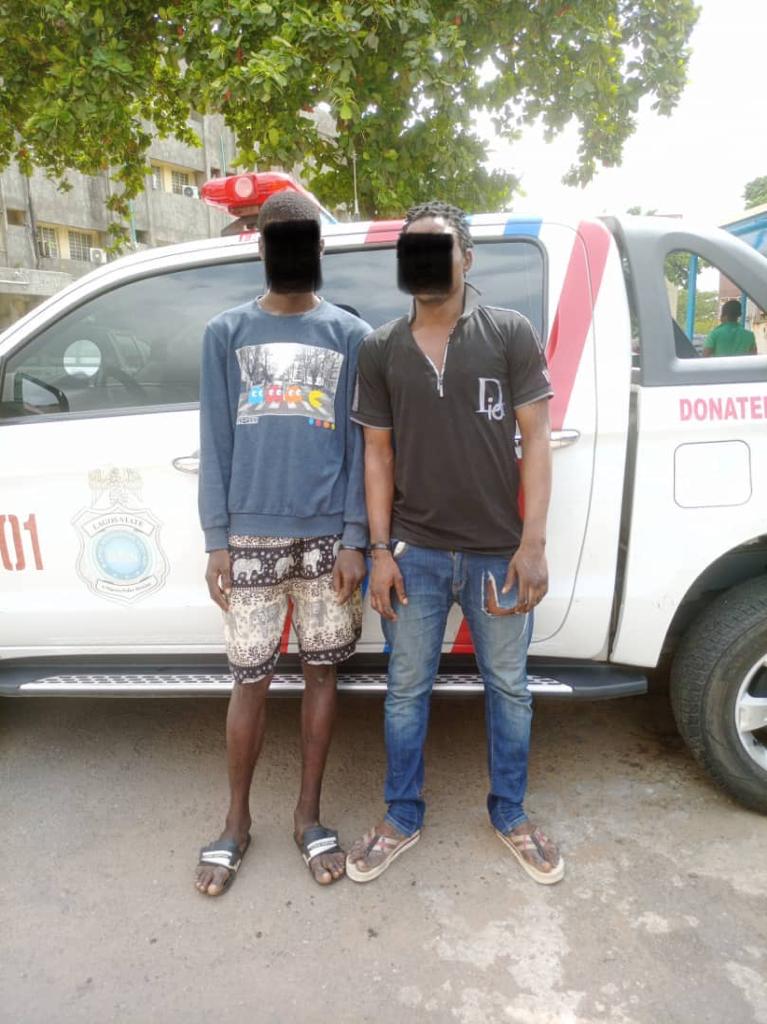 In the constant cult and gang warfare rocking Agege and environs, officers from the Rapid Response Squad (RRS) have detained two leaders of competing cult gangs and ten others.

The arrest of the fourteen individuals is part of a larger effort by the Lagos State Police Command to strengthen security in Agege and throughout the state.

The accused were apprehended over the course of two weeks in sting operations supervised by Commander RRS, CSP Olayinka Egbeyemi.

The arrest of the two opposing gang leaders, Adagun and Yaba, as well as their gang members, came after months of intensive intelligence gathering in the Agege neighborhoods.

A rifle butt, a police vest, pepper spray, a knife, a machete, and hard drugs were among the items recovered from Adagun.

Furthermore, two other suspects, Monday Okezie, 36, and Oluwasegun Oladipupo, 32, were detained with huge quantities of codeine, tramadol, and rohypnol and have been handed over to the National Drug Law Enforcement Agency (NDLEA).

The remaining suspects were handed over to the State Criminal Investigation Department (SCID) for additional investigation and possible prosecution.