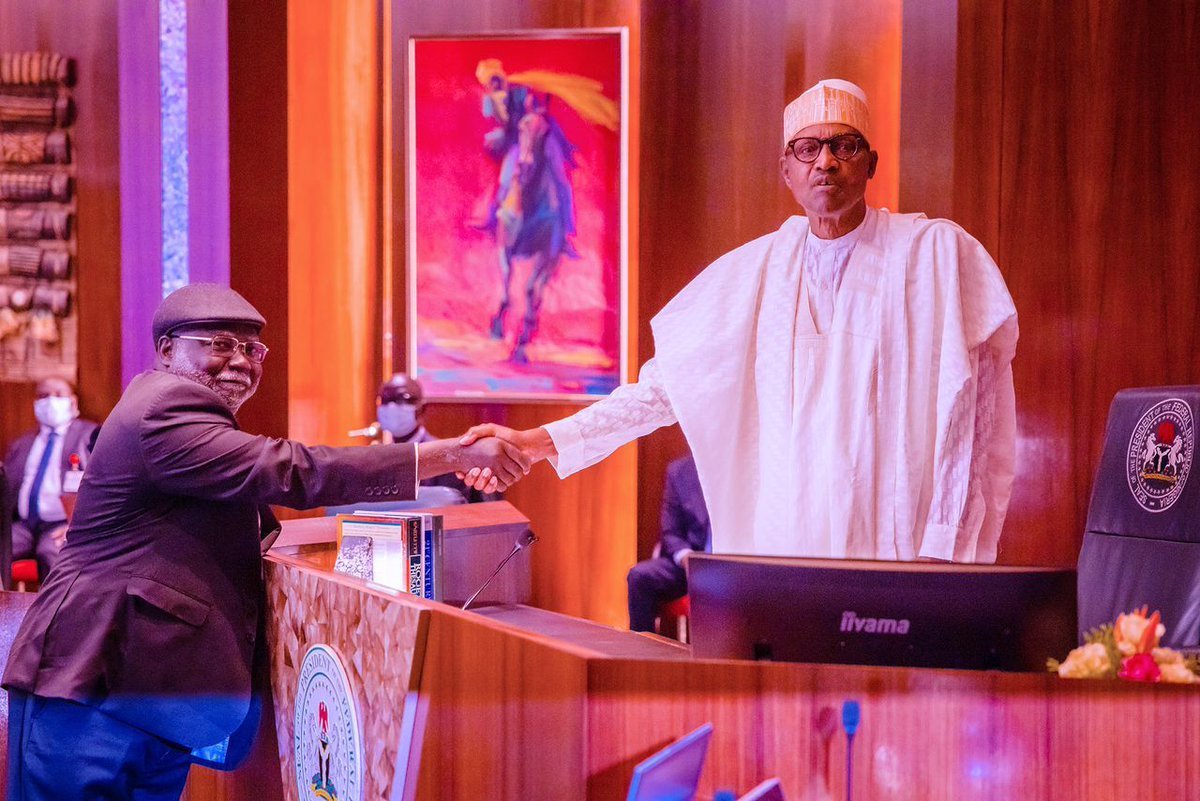 In the Council Chambers of the State House in Abuja on Monday, President Muhammadu Buhari swore in Justice Olukayode Ariwoola as the acting Chief Justice of Nigeria.

Several hours after Tanko Muhammad, the previous CJN, resigned, Ariwoola, the senior Justice of the Supreme Court, was sworn in.

He was raised in Iseyin, Oyo State, and was born on August 22, 1958. He formerly served as a Justice of the Court of Appeals before being promoted to the Supreme Court bench in 2011.

Three Chief Justices have been appointed by the Buhari-led administration in both interim and substantive capacities since it took power in 2015.

Justice Mahmud Mohammed was replaced as Chief Justice of Nigeria (CJN) in March 2017 by Justice Walter Onnoghen, who was then acting President Yemi Osinbajo.

Onnoghen, who was born in Bauchi, was replaced by Justice Tanko Muhammad, who abruptly resigned on Monday morning due to an unexplained health concern, after Onnoghen was suspended in January 2019 for an alleged fake asset declaration.

According to President Buhari’s request, Justice Ariwoola would serve in an acting capacity up until the Senate confirms him.

The Commander of the Order of the Niger was also bestowed upon the departing CJN by the President.