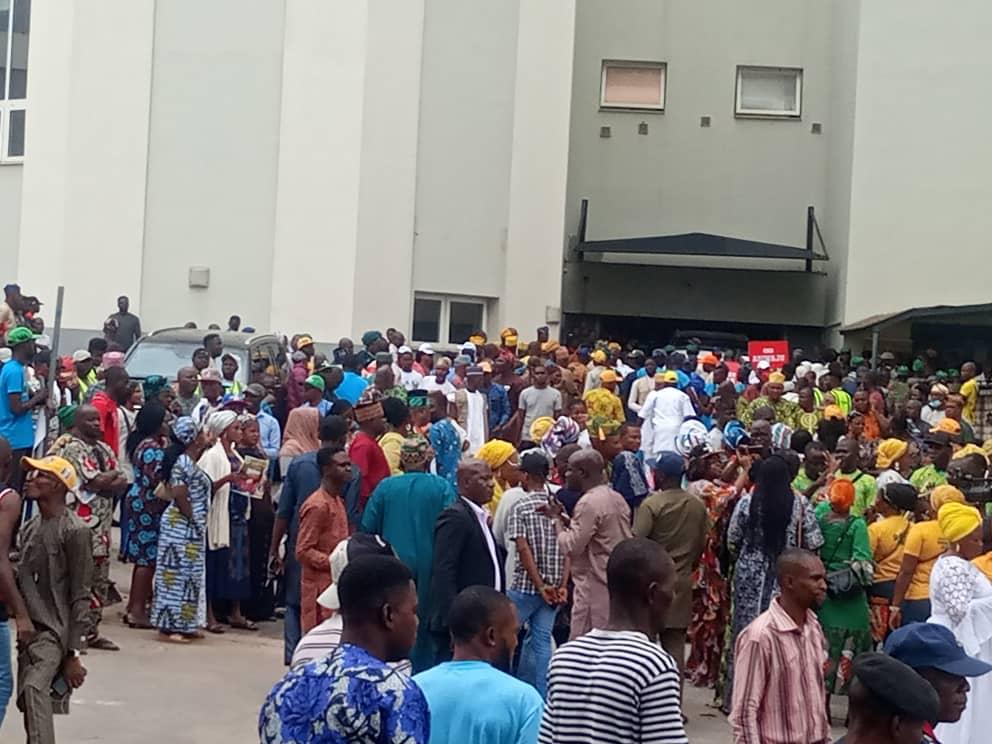 As Bola Tinubu, the APC’s presidential candidate, paid a visit to former President Olusegun Obasanjo on Wednesday, a large group of the party’s supporters in Ogun State swarmed his Abeokuta home.

At 1:09 pm, Tinubu and a few other party leaders flew into the penthouse of the Olusegun Obasanjo Presidential Library in Oke-Mosan, the capital of Ogun State, Abeokuta.

They have all entered the president’s meeting.

The meeting was thought to be related to Tinubu’s aspirations for the upcoming elections.

The two had not been spotted together, since he escorted the then-APC candidate, President Muhammadu Buhari, to Obasanjo’s home in 2015, according to reports, .

In March 2015, he attended the former President’s 78th birthday celebration in Abeokuta.

Since Obasanjo withdrew his support for Buhari and the APC, which he helped bring to power by ripping his membership card from the Peoples Democratic Party, the two of them have maintained their distance from one another.