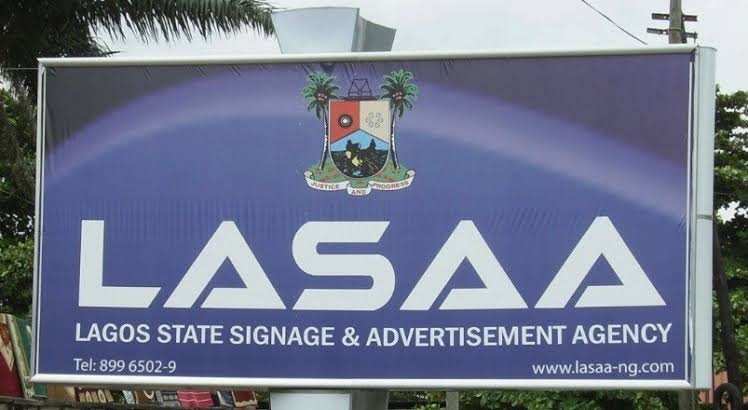 The Lagos State Signage and Advertisement Agency (LASAA) has described as ‘staged’, a recorded telephone conversation making the rounds on social media platforms.

In the conversation between two persons, one of them had claimed that LASAA prevents Outdoor Advertising agencies from posting adverts other than those of the ruling All Progressives Congress (APC).

In a press release on Sunday; the Agency stated that, “following our review of the audio in circulation which sounded staged, ordinarily, LASAA will not respond to such petty conversation but it is important to reassure our stakeholders and members of the general public that we are an institution governed by rules and professional standards of practice.

“While we understand this is a political season and Fifth Columnist will attempt to portray us in a bad light for their own personal gain, we will not rest on our oars to speak the truth always and discharge our functions with integrity and absolute respect for statutory laws and ethics.

“We wish to vehemently debunk the contents of the audio recording against our Agency that is in circulation as a blatant lie and a staged conversation.

“As citizens, we must continue to act responsibly and disassociate ourselves from elements disguising as purveyors of truth on social media platforms.

“It is important to remind the general public that, Advertising Regulatory Council of Nigeria (ARCON) is the body saddled with the responsibility to regulate advertising contents, and, as a result can stop any unethical, obscene advertisement, campaign, politics and so on from being displayed, not LASAA.

“Our Agency does not interfere in the business of outdoor advertising agencies in any way. It is, therefore, a common practice in the industry that any contract to display political campaigns is at the discretion of the outdoor advertisement agency that owns the billboard structure and the advertiser.

“For the purpose of clarity, this is the season for more sales within the industry and it is the income made by the owners, their financial obligation to LASAA will be settled.

“We only issue permit on regulated billboard structures and not the advertisements displayed on them. Anyone with proof to show that we gave such instruction in the audio should bring it to our attention immediately.

“Members of the public are advised to kindly, disregard the audio in circulation and be watchful of fake news.”