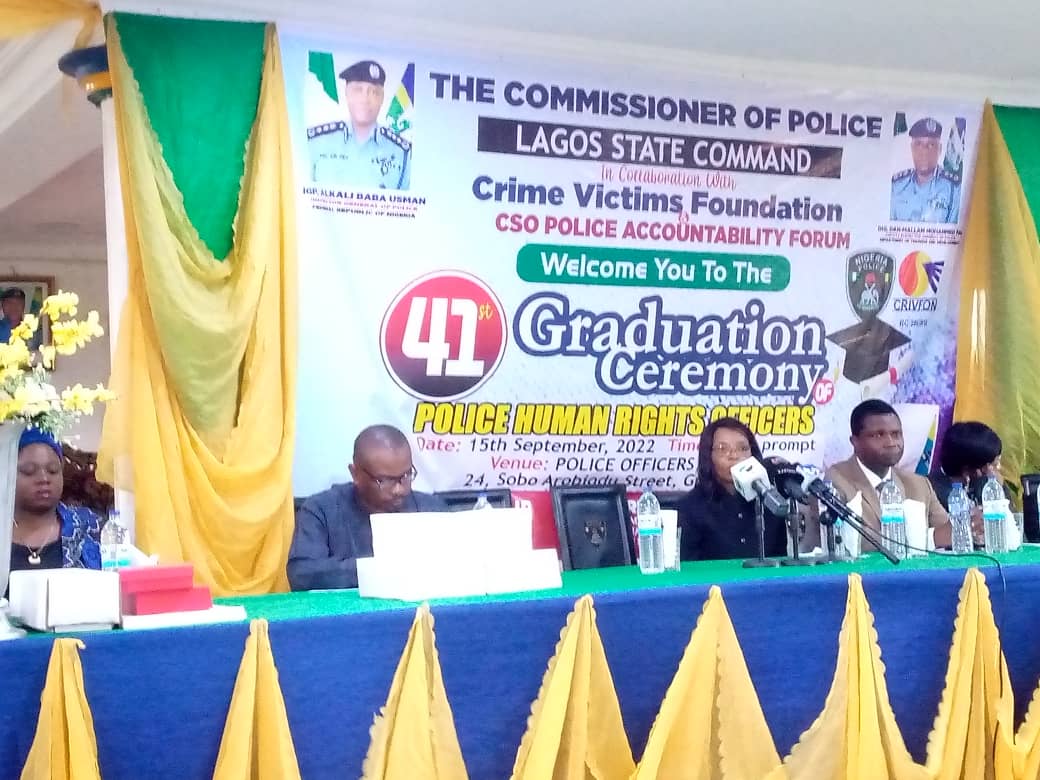 On Thursday, during the 41st graduation ceremony of the police Human Rights Officers in Lagos, the  State’s Commissioner of Police, Abiodun Alabi charged all graduating police officers who are trained on human rights and rule of law, code of conduct for Nigerian police force at election time and election security to be more committed and professional while discharging their duties.

He stated this, while giving his speech at the Human Rights officers graduation ceremony which was held at the Police Officers Mess in Lagos. 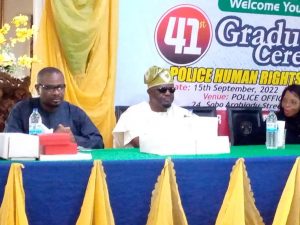 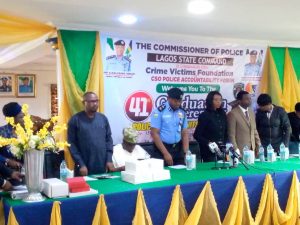 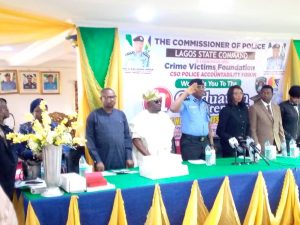 CP Alabi, however urged the officers to be observance when it comes to human rights and positively change their relationship with members of the public.

He added that bail is free and any resident caught in the act of paying for bail will be prosecuted alongside the police officer. 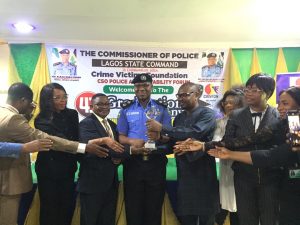 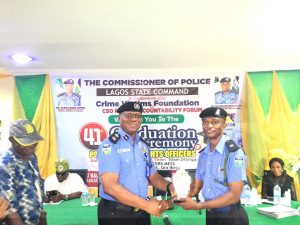 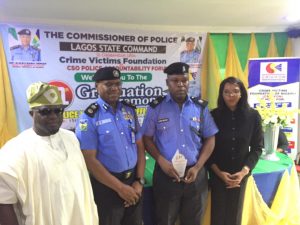 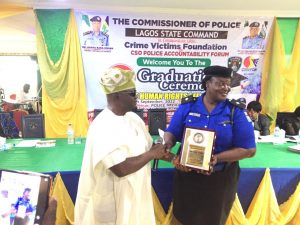 The 100 Police Human Rights Officers who graduated were trained by the Crime Victims Foundation Nigeria (CRIVIFON) under an arrangement with the Inspector General of Police with the aim of promoting human rights awareness and compliance, police accountability and police community partnership in public safety and security

Mrs. Gloria Egbuji the Executive Director, CRIVIFON, mentioned while giving her speech that the objectives of this event, is for a change in narrative and also, have friendly police officers who would respect people and use human rights to improve the image of the police for the public to be closer to them and share intelligence.

This measure will also make the work of the police easier.

“Even the most sophisticated police in the world needs information to make the best of policing and provide safer cities and higher quality of life where fear of crime is non-existent”.

Speaking further, Egbuji advised the public who visit the police stations as suspect, victims,witnesses to be courageous to demand from the police.

“They must desist rushing to pay money for bail instead, they should provide police with reliable sureties”. 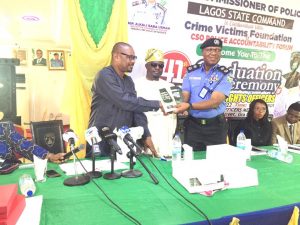 However, the coordinator of the Lagos state stakeholders forum on police accountability (SFPA) Okechukwu Nwanguma, spoke on the human rights based approach to policing and also, highlighted the role the force can play in respect for human rights.

He further recommended that the human rights education should, not only be given at all police training colleges Nationwide, all officers and men of the force, but it should also be a condition precedent for promotion to any higher rank at any stage.

Meanwhile, Hon. Bayo Balogun, a member of the House of Representatives while speaking at the event, explained the role of Human Rights in a democratic dispensation.

He said, “No form of training can be overemphasized and can be too much. I believe this is a right direction that the CP is actually showing that, he is not just a gentleman, but someone who believes in the rule of law and implementation.”

“It is not just enough to have it in the books, but very important for us to continuously remind our officers. We are all here to serve the people.”

Hon. Balogun, advised the graduands to always make sure that what they have learnt in the course of the program should always reflect in the conduct of the service.

“Men of the Nigerian Police Force, the CP has done his own today, it is now left for you to ensure that you give the police the good face.”

The graduating class governor and course participant at the Human Rights course 41, SP Ologunro Lateef Adisa, says the Nigeria Police force has come to an agreement to put what they were taught to good use and also gave an assurance that officers will imbibe to the constitution as it reunites to the police duties and regulations.

He added that while they were on the course, they were not only taught how to interact with civilians but also, the election and the electoral processes adding that what they have learnt is a kind of preparation for them as officers to know what they are in for.

“It is a sort of preparation for us to know what we are to embark on and what we are to face. As Police officers, we are always prepared for the task ahead.