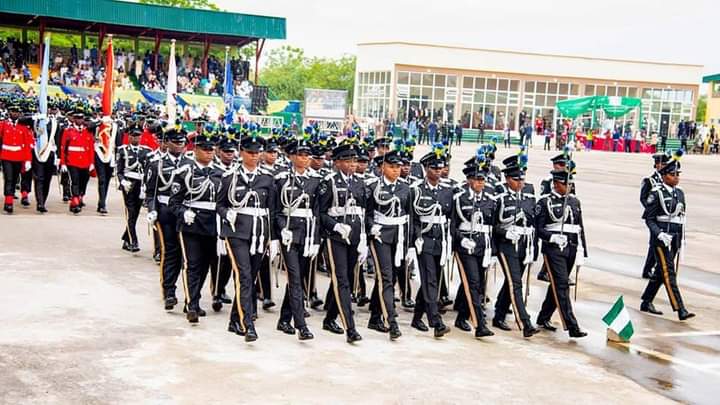 The Inspector-General of Police, Usman Alkali Baba, has warned the applicants, and officers and men of the Nigeria Police Force (NPF) who will be actively involved in the forthcoming physical screening exercise for applicants who successfully registered for admission into the 9th Regular Course of the Nigeria Police Academy Cadet Degree Programme to shun illegality and any other forms of criminality during the exercise as such would invite severe sanctions.

The IGP made the call while taking briefings on the ongoing admission process into the Academy from the Deputy Inspector-General of Police in charge of the Department of Training and Development, DIG Mohammed Dan-Mallam, fdc, and the Commandant, Police Academy, Wudil, Kano, AIG AA Abdulrahaman,, on Friday in Abuja.

The screening exercise will commence as from Monday 26th September to Saturday 1st October, 2022 at 8:00am daily.

In a press release signed by the Force Public Relations Officer (FPRO), CSP Olumuyiwa Adejobi; he said “applicants are hereby notified to proceed to their respective states of origin and appear at the various screening centres in their clean white T-shirts and shorts with the following mandatory basic screening requirements, neatly arranged in two white flat files with recent passport photographs attached:

• Evidence of physical/mental fitness from a government recognized Medical Hospital

• Evidence of Good character from Village/District Head of the applicant.

• Original and duplicate copies of credentials – O’ Level Result(s), Certificate of Origin and Birth Certificate/Declaration of AgeIncluding your jamb result print out

“Any candidate who fails to present items mentioned above (i -viii) , will not be considered for screening

“Applicants are required to log on to their profile page on the Academy’s website: *https://www.polac.edu.ng*, to ascertain their individual physical screening dates. All candidates are strictly urged to comply with the dates printed on their application profile page and be punctual to the screening venues.

“On that note, candidates who emerge successfully from the physical screening exercise will proceed to participate in a Computer Based Test (CBT) and an Automated Medical Screening Exercise which will be scheduled for a later date. Subsequently, there will be a Final Selection of candidates who will undergo a 5-year academic and police training leading to a Bachelors’ Degree and commissioning into the Nigeria Police Force as Assistant Superintendents of Police II.

“The Inspector-General of Police, IGP Usman Alkali Baba, psc(+), NPM, fdc, therefore assures that the process will be conducted in the best tradition of transparency and accountability. He further advices all applicants to be wary of online imposters, scammers, and other criminal elements who might want to take advantage of the application process to dupe innocent applicants. The IGP however warns that anyone found wanting in this regard will be arrested and prosecuted accordingly.”