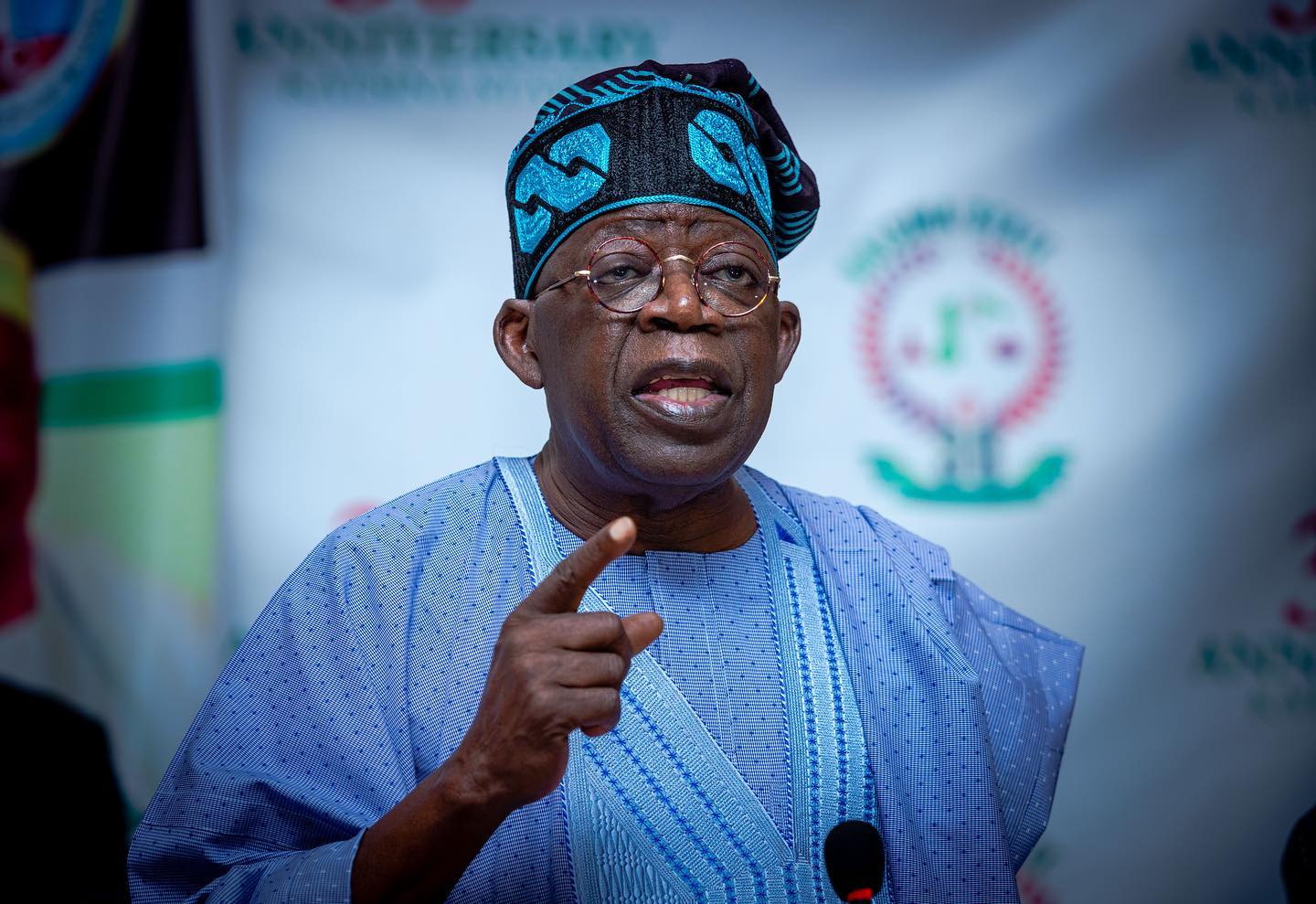 Prior to the election on February 25, the All Progressives Congress (APC) presidential candidate, Asiwaju Bola Ahmed Tinubu, has encouraged the country’s religious leaders to advocate for the cause of justice in order to strengthen the country’s sense of unity and progress toward democracy.

In the run-up to the election, Tinubu also urged religious leaders to oppose attempts by some politicians to replace competence with sentiment.

The APC candidate spoke on Sunday night during a town hall meeting with Muslim leaders from the North East as part of his campaign journey to Bauchi State, according to a statement from the Tinubu Media Office.

“Our scriptures demand justice of us as believers. May we always honor that demand.

“That principle of fairness and justice also requires that leadership of society should be based on the quality of one’s  ideas, character and accomplishments, rather than on traits unrelated to the ability to lead and govern justly, honestly.

“The recorded history of our faith shows how our Noble Prophet led a plural community. He did not confer special advantage to his own tribe, or clan.

“In many instances he placed others ahead of his own relatives. The Prophet (Peace Be Upon Him) has set a golden example for us,” he said.

He said leaders of faith must act as pillars of unity, rather than agents of division.

“Afraid they cannot win fairly at the ballot, desperate politicians are bent on recruiting otherwise eminent persons to preach hatred against discord. They want servants of God like yourselves to turn against your own convictions. They want you to preach division and stir negative sentiments.

“Please resist these evil-doers and their unholy messages. They seek to enter office by fouling the nation. Too much is at stake to allow such tricks to succeed.

“My request is a simple and fair one. Please focus on a candidate’s record of performance and the quality of his policies.”

He argued that rather than being seen in a vacuum, the upcoming election should be seen as “a continuation of a noble journey and an unjust, unenlightened challenge to that mission.”

In order to transform Nigeria into a more caring, just, and wealthy country for everybody, “whether they be rich or poor, renowned or unknown, Muslim or Christian,” he reminded the crowd that the APC was founded.

According to Asiwaju Tinubu, progress has been made despite obstacles and push-pull consequences.

“Terrorists have been pushed back. People have returned to their homes. Farmers are more productive. Though this government has less money at its disposal, it has cared for the poor better than any prior administration.

“We have struggled to place the economy on more solid ground so that we no longer only rely on exporting natural resources but that we gainfully employ more of our people in making things that improve the quality of life for all.

“We have sought to revive the ethical fiber of the nation and to reaffirm the high moral quality of our national purpose,” he said.

Tinubu said the election is a continuation of this epic struggle of fairness, progress and hope against their opposites.

“As such, I do not see this campaign as one of personal ambition. I campaign to serve a greater purpose. I campaign to do great things for the nation but not for myself.

“No matter how hard and difficult the opposition stands against our just cause, we will not relent in our pursuit of a better, more tolerant and good united nation. And with the help of Almighty Allah, we know good shall prevail.”

“May they vote for the candidate who truly has a vision for a more peaceful, more prosperous Nigeria.

“Let them elect someone who has demonstrated the capacity to deliver that brighter future.

“If elected, my highest priorities shall be the protection of our land and prosperity of its people.  Security and economic progress will form the fulcrum of my government.”

Tinubu promised to build on the progress made by the current administration by putting an end to terror, kidnapping and violent crime in the nation.

“To increase prosperity, we must reform the very foundation of our economy by prioritizing innovation and employment of our youths while  discouraging overreliance on imported goods.

“We must become a dynamic economy that can make most of the goods that we need and one where those who want to work can find a good job.

“Under my watch, we will facilitate the quick commercial operation of the Kolmani oil wells. We will pay adequate attention to other important national projects such as the Mambilla Power Project, the AKK gas pipeline project, and so on.

“By dredging the River Niger, we shall revive our inland waterways in a way that promotes trade and commerce within the nation. We cut down on our steel export bill by making the Ajaokuta Steel Company work.

“Most importantly, we will turn our eye to those who think they are unseen or forgotten.

“If elected, my government will work with you, as religious leaders, toward a lasting solution to the almajiri challenge.”

Participants at the townhall meeting pledged to support the APC candidate and urged him to be just to all Nigerians when elected into office.