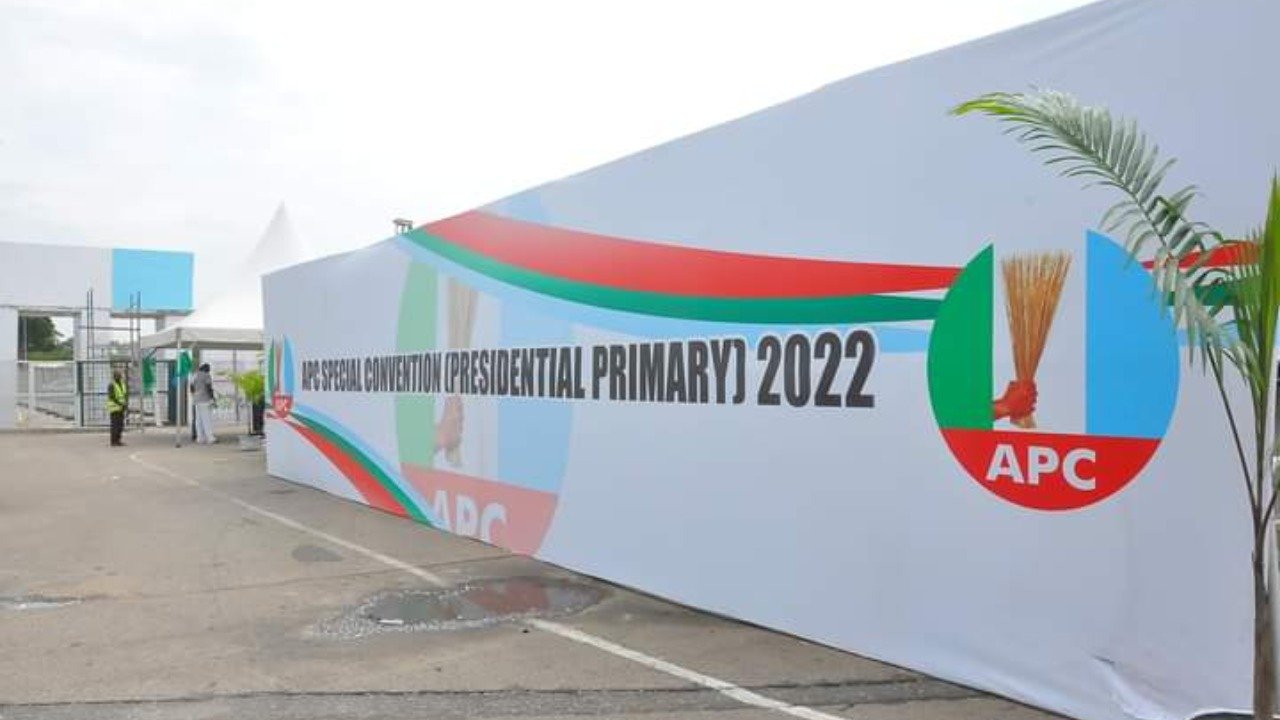 According to the News Agency of Nigeria (NAN), delegates accreditation for the All Progressives Congress (APC) Special Convention for the presidential primary election is presently underway at the Abuja International Conference Centre under heavy security.

NAN further adds that 2,322 delegates from the country’s 774 local government areas, including the six area councils of the Federal Capital Territory, are expected to vote in the presidential primary (FCT).

The delegates, three from each local government district, were dressed in various “aso-ebi” outfits, particularly those from the western and southern regions.

Delegates in line would vote for their favourite candidate to be the party’s presidential candidate in 2023.

Although 23 presidential candidates purchased the party’s presidential Expression of Interest and Nomination forms to run for president, the Chief John Odigie-Oyegun Presidential Screening Committee cleared just 13 of them.

At a dinner with the party’s presidential contenders on Saturday, President Muhammadu Buhari endorsed the rotation of power to the southern portion of the country in 2023.

If a consensus candidate was not chosen, this limited the number of contenders fighting the presidential ticket in the primary to those from the South.

NAN also adds that 11 northern governors issued a declaration on Saturday announcing their support for a power shift to the south following Buhari’s tenure.

While urging presidential candidates from the northern half of the country to run.

Meanwhile, vehicular and human movement have been restricted at Abuja Eagle Square, which is located in the Central Business District and is the site of the APC special convention.

All roads leading to Eagle Square had been closed off, and mobile police officers had been stationed in key locations.

Commuters are observed trekking to cover some distance in most parts of the city, including Adetokunbo Ademola Crescent, Ibrahim Babangida Way, and other neighborhoods.

Some people of the FCT believe the day should be proclaimed a public holiday, while journalists expected to cover the event struggle to obtain accreditation tags from the convention accreditation committee because they are spotted loitering.