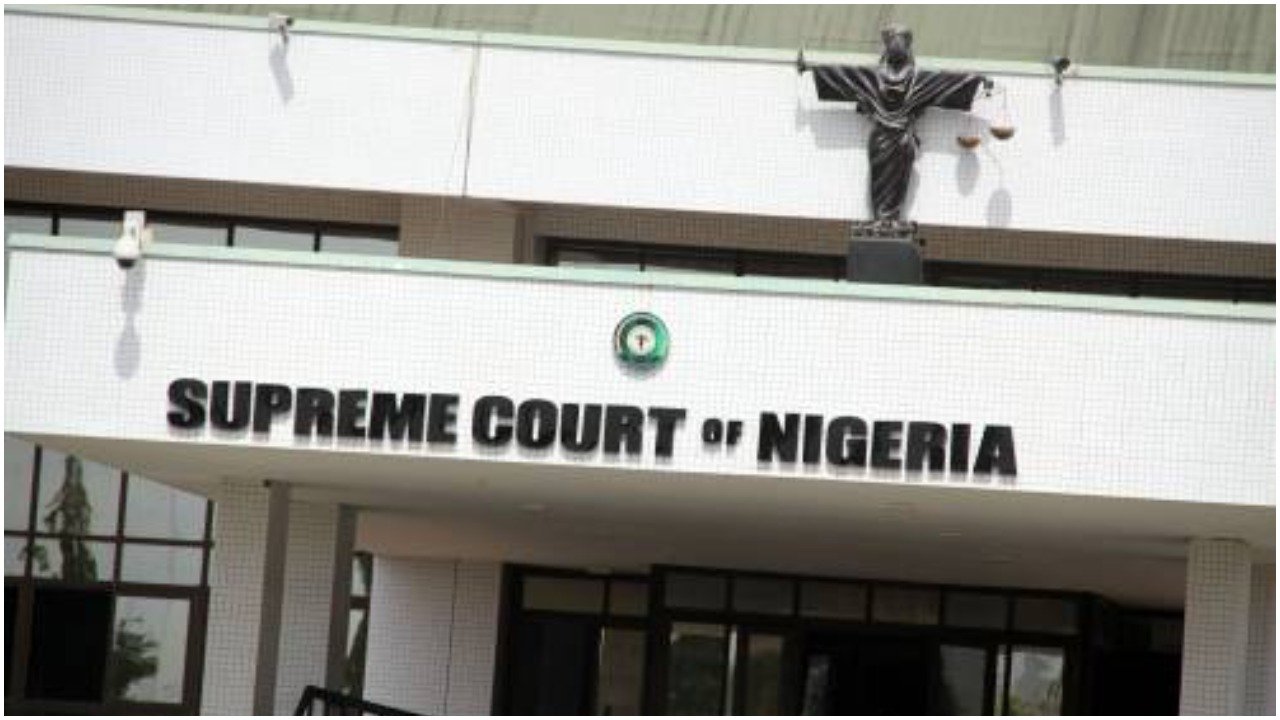 The lawsuit President Muhammadu Buhari, the Attorney-General of the Federation, and Minister of Justice, Mr. Abubakar Malami, SAN, brought to invalidate section 84(12) of the Electoral Act of 2022 was dismissed by the Supreme Court on Friday.

In a unanimous ruling, the seven-member panel of judges headed by Justice Muhammad Dattijo found that the supreme court lacked the authority to hear the case since it amounted to an abuse of the legal system.

Due to the type of relief requested, it was determined that President Buhari was not the appropriate party to submit such a lawsuit.

“A declaration that having regard to the clear provision of section 1(3) of the Constitution read together with section 4 of the same Constitution, the legislative powers vested in the defendant do not permit or empower it to make any other law prescribing additional qualifying/disqualifying grounds for election to the national assembly, house of assembly, gubernatorial and presidential election outside the express constitutional qualification and disqualification provisions as already provided in each or all of sections 65, 66, 106, 107, 131, 137, 147, 151, 177, 182, 192 and 196 of the 1999 constitution of the Federal Republic of Nigeria (as amended), and without amendment to any of those sections is for the reason of inconsistency, unconstitutional and therefore null and void.

It was asserted that President Buhari “had indisputably completed his obligation under the Constitution” by signing the Electoral Bill.

Furthermore, the state’s attorney, Mr. Emmanuel Ukala, SAN, argued that a High Court should have heard the case because President Buhari did not object to the Legislature’s interference with his executive authority.

In the same vein, the National Assembly requested that the Supreme Court dismiss the case through its attorney, Dr. Kayode Ajulo, accusing both Malami and President Buhari of misusing the legal system.

He contended that after signing off on the Electoral Act, President Buhari was powerless to revoke its provisions in court.

“The crux of our objection is that the plaintiffs as constituted do not have the legal right to invoke the original jurisdiction of this court as provided for in section 232 (1) of the Constitution.

“There are other places where this issue can be ventilated. It is not in this court.

“It appears as if the President is suing himself, since he also assented to the Electoral Act in question.

“The suit ought to have been filed in the name of those appointees and in that case we would not have been in this court.

“What they have attempted to do is to use the name of the President to invoke the original jurisdiction of this court, in representative capacity”, Ajulo argued.

The Nigerian Bar Association, NBA, submitted a request to be admitted as an amicus curiae in the case (friend of the court).

The legal organization also asked the Supreme Court to dismiss the case in the public interest, claiming that it was in court to represent Nigerian citizens.

“It is our submission that there is no conflict between section 84(12) and any other section of the Electoral Act, the 1999 Constitution, as amended, or the African Charter on Human and Peoples Right.

“Your lordships should take note of the ill the said section is meant to cure. The essence of the section is to provide a level playing field for all Nigerians, such that political appointees should not use their office to advance their personal interests”, counsel for the NBA, Mr. Charles Mekunye, SAN, submitted.

However, Mr. Lateef Fagbemi, SAN, the attorney for President Buhari and Malami, pleaded with the court to accept the appeal and strike down the contentious provision, which he said would exclude political appointees from voting.

The top court upheld the defendants’ claims and, as a result, dismissed the lawsuit in its lead judgment, which was written and delivered by Justice Emmanuel Agim on Friday.

By Adeniyi Onaara  The African Democratic Congress has chosen Tonto Dikeh, a popular actressa, to run for Deputy Governor of...