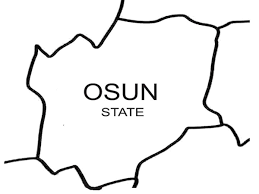 Kazeem Alli, a leader of the National Union of Road Transport Workers in Osun State’s Isokan local government area, was assassinated by some assailants who have not yet been identified.

Alli was reportedly shot dead by assailants in Apomu on Saturday night. He was also reportedly a leader of the All Progressives Congress in his local government.

Alli was reportedly being followed by the assailants as he drove to the Oka Alfa area in his car. There, gunmen in two vehicles shot and killed Alli.

When asked to confirm the occurrence, Yemisi Opalola, a spokesperson for the Osun police command, was unavailable.

But the Media Adviser to Osun APC chairman, Kola Olabisi, while confirming the incident in a statement obtained in Osogbo, condemned the murder of the party chieftain.

The statement, which said the “APC chairman, Gboyega Famodun, was apparently disturbed, stated that the killing of the 48-year-old APC chieftain, Kazeem Alli, popularly known as Kekere Pasuma, from Ward 6, who performed actively during the last governorship election, was wicked, callous and highly condemnable.

“It was gathered that some gunmen allegedly sponsored by some stalwarts of the Peoples Democratic Party on Saturday killed the APC chieftain.”