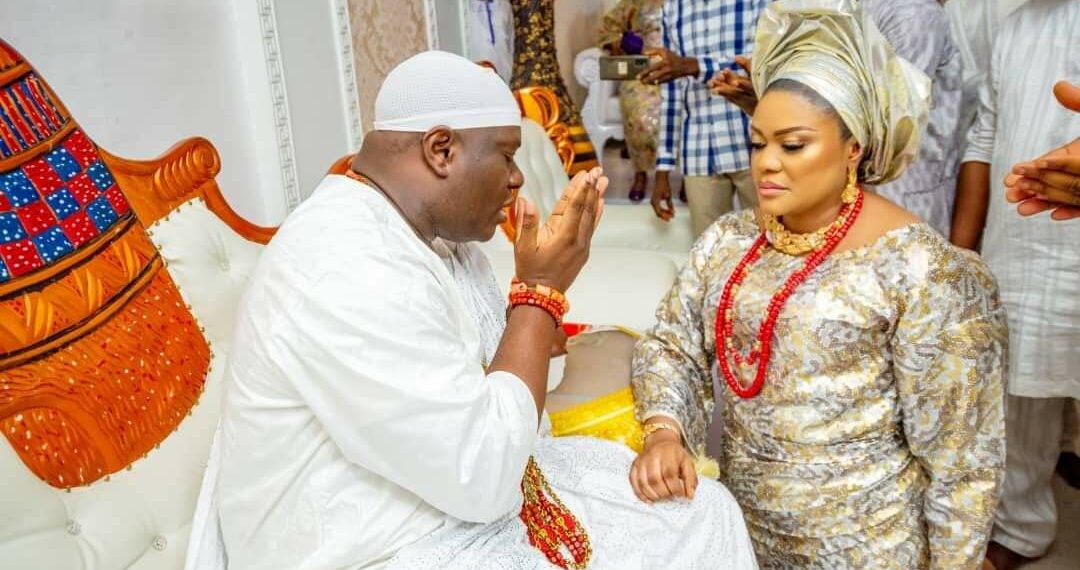 The new Olori is Ebira by tribe, and hails from Kogi State.

Olori Mariam was ushered into the palace of the Ooni on Tuesday night amidst several traditional rites. 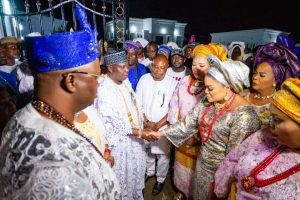 It was revealed that they held their introduction ceremony on February 19, 2022. The event was hosted privately and lacked fanfare since the monarch didn’t want the preying eyes of the media.

Sources disclosed that the new Queen who works at Nest Oil vows that OOni Ogunwusi will not marry again after her marriage to him.

This is the third publicly known marriage for the 47-year-old monarch since he attended the throne in October 2015.

Before he was crowned Ooni, he married Adebukola Bombata in 2008.

In 1994, he welcomed a daughter, Adeola Aanuoluwapo Ogunwusi, with his ex-lover, Omolara Olatunbosun, during a short-lived romance. 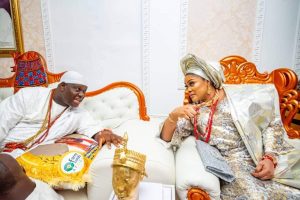 The wedding rites were performed in the traditional Benin culture at the bride’s residence on Ewere Street, Etete, in the Oredo Local Government Area of the state.

She confirmed that her 17-month-old marriage to the monarch ended on 30 August, 2017.

He married her 14 months after he divorced his first wife, Zaynab Otiti-Obanor.

In December 2021, she announced her divorce from the Ooni of Ife.

According to the Olori, side attractions weren’t the reasons why her marriage collapsed.