Unusual calm and unspoken fear in the northwest of Nigeria and almost every corner of the country, the business of kidnapping for ransom started due to the activities of the militants of groups in the Niger delta region. The menace increased with the emergency of Boko haram insurgent in the northeast Nigeria and most recent banditry in the northwest.

This scenario and discourse continue in challenges of combating modern slavery in the county. It’s a national problem that has eaten deep into the fabrics of the country.

The rising case of kidnapping in Nigeria is worsen by abduction of school children, involving boys and girls, stakeholders has not been served for the intimate treatment which the school pupils, teachers and parents have experienced, rather the kidnappers are award with millions of naira and allowed to walk free.

But the causes arising at the moment due to terrorism, insurgency and other forms of political violence, these include; death of a school pupil and kidnapping of 27 others from the govt science college kagara Niger state on the feb 7th and abduction of 279 female students from the government girls science secondary school jenga bay in Zamfara state. On Feb. 26th also the kidnapping of about 30 students from the federal college of forestry mechanization Kaduna.

On the 11th march making it Nigerians third abduction from academic institutions in 2021 and fourth since December 2020.

The schools where the abduction took place, was nothing to write home about, the devastation could still be felt. 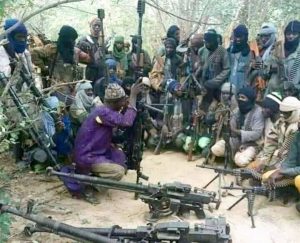 In march 2018, Nigeria rectified the safe school declaration by UN despite this development, there have been several major kidnappings of school children across the northern part of the country, which means about 2,000 children have experienced abduction.

Despite open display of negotiations with bandits by popular Islamic scholar, Ahmed Gumi, kidnapping still strives in the region.

Some of abducted schools’ girls, shared their near death experience stating that ransom was paid before their release.

While the style for abduction has changed from frequent school attacks to attacks of residents in the community. The number of out of school children have quadrupled in the last few months across the country.

Its left for anyone to image what is the hope and use of this category of children as poverty and inflation continues to rise.

One of the stakeholders continues to improves on school infrastructure and ensure that education is attractive parents and students. The UBE government area of Niger state, which reported as one of the schools needed quick intervention is now renovated and more conducive for children living in the community.

From Kaduna, Niger to Zamfara and other state in the north, it’s the same tale. most schools were not fenced, this causing doubt on how secure they are.

From finding in Niger state, government budgeted about 5billion Naira for the education in 2021 which is 3.5 percent of the total budgeting for fiscal year. This is against global recommendation of 15 to 20 percent of total budget for education section.

This could be why there are still schools where students are seated on their floor for learning. In a swift response, Isaa Adamu, chairman of Niger state universal basic education board, painted a different picture of the situation.

But cases of kidnapping of school children are on the rise due to insurgency and other forms of political violence, this includes death of a school pupil and kidnapping of 27th others from the government science college kagara in Niger state , on  feb 17THan abduction of 279 female students from the government science secondary school Jenga Bay in Zamfara state, on the 27th of feb another was an abduction of about 30 students from the federal college of forestry mechanization Kaduna state on the 11th of march , and 23 students from the greenfield university . also, in Kaduna on the 2oth of April, making it Nigeria fourth abduction from academic institution in 2021 and the fifth since December 2020.