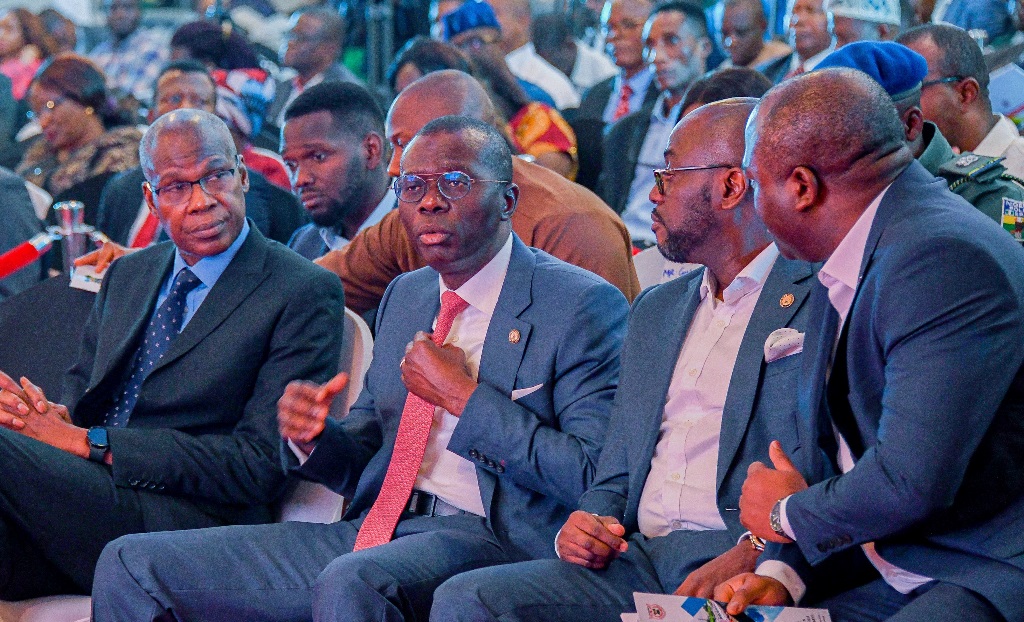 For the third year in a row, there have been no armed robberies against banks or other financial institutions operating within Lagos State’s borders. The development suggested a considerable advancement in security oversight and the viability of policies put in place to combat organized crime.

At the 16th Town Hall Meeting on Security, hosted by the Lagos State Security Trust Fund (LSSTF) at the Civic Center on Victoria Island on Thursday, Governor Babajide Sanwo-Olu informed participants in the security circle and donors from the private sector of the progress.

Sanwo-Olu said that his administration had implemented a technology-driven strategy that allowed the security agencies to respond promptly in front of potential breaches at weak points, including a web of covert operations to thwart armed attacks on potential targets. He claimed that by doing this, financial institutions now feel more confident about moving their money throughout the state at will and with minimal risk.

The governor said that the cooperative security approach has had a substantial impact on crime prevention, resulting in a sharp decline in criminal activity throughout Lagos.

Only 21 armed robberies were reported by the state in the previous twelve months, the fewest in recent memory. Police and a team of security agencies have prevented 149 armed robberies throughout communities since November of last year.

Sanwo-Olu said the State had not only boosted the morale of the security personnel with constant training and provision of equipment, but had also raised its capacity to contain emerging threats.

He said: “As a Government, our approach to security is holistic and collaborative. Our security policy is driven by the need to engender a wholly secure environment that enables the wellbeing, prosperity and fulfilment of all the residents. We consider no amount of investment too big to be put forward in ensuring the progress we have achieved since inception is sustained. In the last three and a half years, we have continued to maintain the record of zero incident of robbery attack on banks or any other financial institution operating in our State.

“LSSTF has been at the forefront of these security efforts. Through the agency, we have continued to provide interventions to the police and other security agencies operating in Lagos in the areas that include operational capacity, training and logistics. Our efforts have yielded encouraging results in crime fighting, as Lagos remains largely safe for business and living. This relative peace and safety that we have been experiencing in this massive mega city will not be compromised. We will continue to strengthen the security operation to ensure the progress recorded is not reversed.”

Next week, the Governor said Divisional Police formations will get 25 new pick-up trucks to assist in quick response to security threats in their areas of operation.

Sanwo-Olu said the State Government’s intention to employ digital surveillance in combating emerging crimes had started to take shape, given the phased rollout of technology tools, including high-definition cameras to monitor strategic locations across the State.

The Governor sent a loud warning to criminals still operating in Lagos to vacate the State before the law caught up with them. He pledged not to spare any effort in making the State unsafe and inhabitable for criminals.

Provision of security, Sanwo-Olu said, should not be seen as a one-way process, urging residents to collaborate and provide information to security agencies whenever they notice suspicious activities within their communities.

He said: “I am sending a strong and loud message to all purveyors of crime and criminality in Lagos. We will stay ahead of your intentions and actions, and we will fight you with everything we have. There will be no room for actions that undermine our well-being and our capacity to achieve our dreams and aspirations.”

The Governor said the LSSTF model adopted by the State in raising security standards had been effective, urging private sector donors to contribute their quota for the sustainability of the Fund.

LSSTF Executive Secretary, Dr. Abdur -Razaq Balogun, noted that the constraints necessitating the establishment of the Fund were far from being fully addressed, but said there was no alternative to the resource model in scaling up security response.

Since 2019, Balogun said LSSTF had provided 240 units of fully equipped operational vehicles to all security agencies in Lagos, in addition to provision of 230 units of motorbikes and security accessories, including 100 digital walkie-talkie, 167 cellular communication gadgets, 2,000 units of Level 4 bulletproof vests and ballistic helmets, among others.

Despite the successes achieved in the year, the LSSTF boss said the Fund had received the lowest public donation to the tune of N153 million, representing 6.3 per cent of public donations received in 2021.

Appealing for more funding from the private sector, Balogun said: “The necessity for crime-fighting agencies is continuous, as we must accept that crimes are still with us. As this is an election period, political violence is another clear danger we are facing. There is need to raise the capabilities of our security agencies to contain these threats as we approach general elections.”

The police chief disclosed that 89 high-grade arms and 376 assorted ammunitions were recovered, while 280 dangerous weapons, including cudgels, were seized from criminals.

Alabi said: “In the period under review, Lagos Police Command recorded a remarkable feat in crime fighting when we began checkmating the activities of commercial motorcycle riders, following Mr. Governor’s proscription of Okada in the State. Crimes being committed using motorcycles have reduced. Out of 8,105 Okadas we impounded from last year, 4,815 were seized between June and September 2022.”

The Commissioner appreciated the Governor for material and logistic support rendered to the State Police Command, assuring that his men would not rest on their oars towards ensuring peace and safety in Lagos.