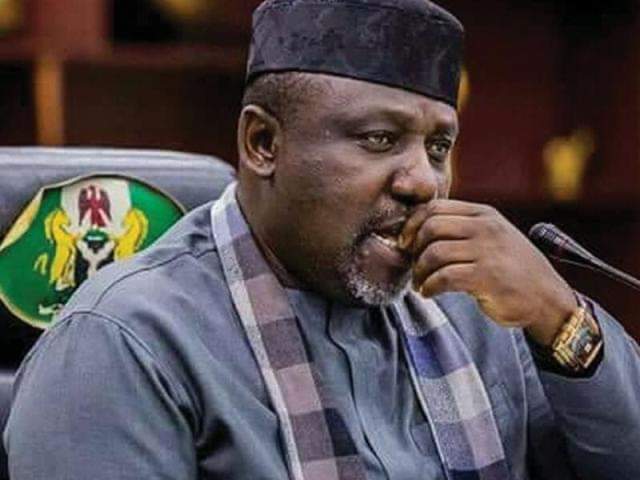 The attempt by a former governor of Imo State, Senator Rochas Okorocha to force his release by the EFCC on Friday, 27 May, 2022 failed as Justice Inyang Ekwo of the Federal High court, Abuja refused his ex parte application asking to be released on bail pending the determination of a suit he filed against the Federal Government.

Okorocha who was arrested by the EFCC on Tuesday, May 25, 2022 premised his application on the grounds that his presidential ambition under the platform of the All Progressives Congress could be imperiled unless granted bail.

But Justice Ekwo declined to compel the EFCC to release him on bail but ordered the applicant to put the Federal Government on notice to justify his continued detention.

The EFCC already filed a 17-count criminal charge against Okorocha before the same judge, with arraignment adjourned until May 30, 2022.