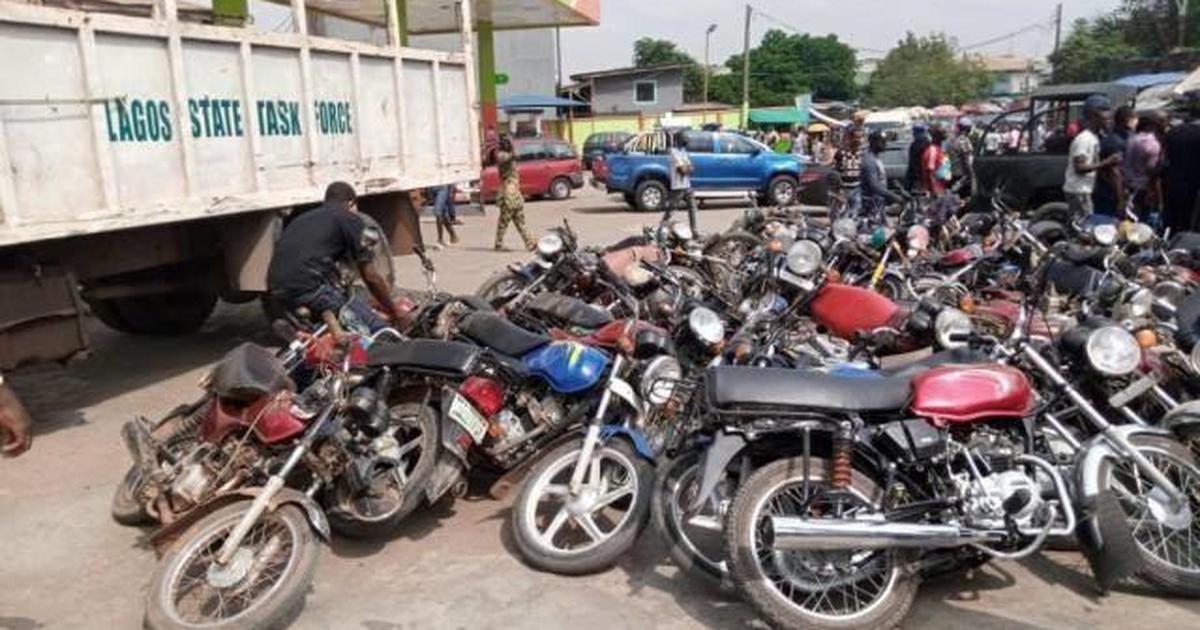 As implementation of the state’s ban on okada riders began on Wednesday, the Lagos State Police Command seized 140 motorcycles and arrested 16 passengers and riders.

94 motorcycles were detained by the police, according to state Police Public Relations Officer Benjamin Hundeyin, while others were confiscated by officers from the Lagos State Environmental Sanitation Enforcement Agency.

“Over 90% compliance was achieved, but some motorcyclists still showed up, and we detained and charged them in a mobile court.”

Sixteen passengers and motorcycles were detained; the bulk of the motorcyclists were not carrying passengers, and other riders abandoned their motorcycles after seeing police officers, “he added.

At a meeting with the state Commissioner of Police, Area Commanders, and Divisional Police Officers at the State House in Alausa on May 18, 2022, state Governor Babajide Sanwo-Olu announced the ban on okada riders.

The cyclists were prohibited from riding in the state’s Eti-Osa, Ikeja, Surulere, Lagos Island, Lagos Mainland, and Apapa districts.

Following the shooting of a sound engineer, David Imoh, in the state’s Lekki neighborhood, the ban went into effect on Wednesday, June 1.