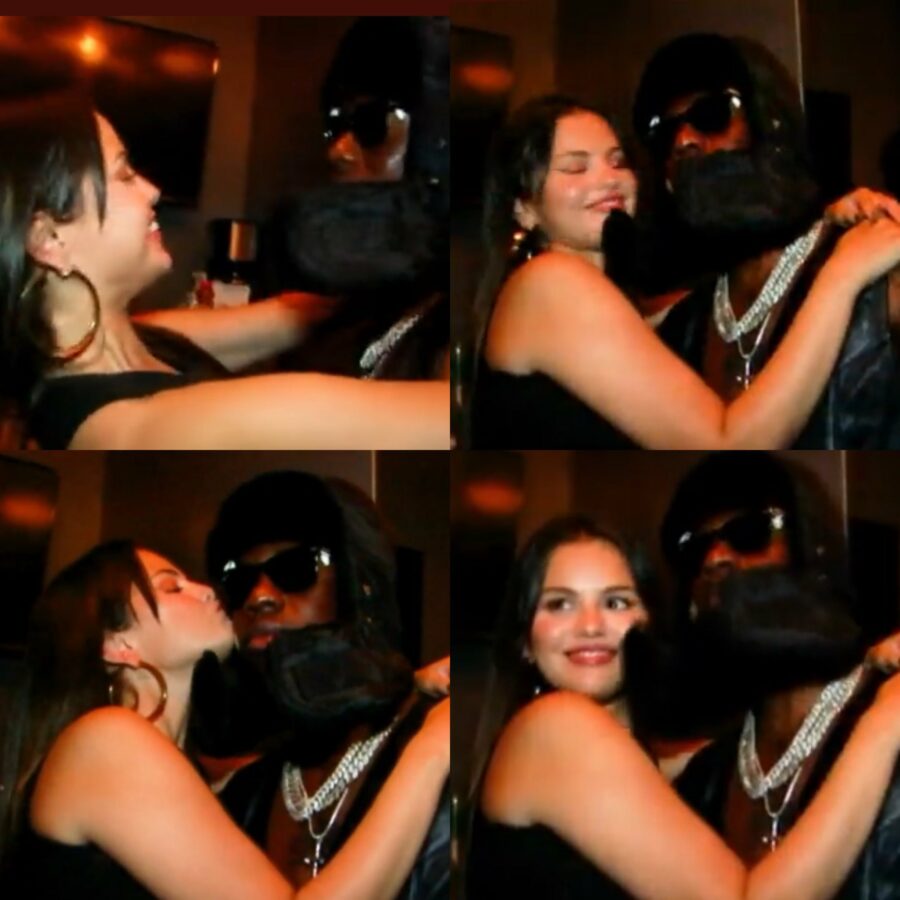 The popular American singer Selena Gomez attended Rema’s show in Los Angeles, which he hosted as part of his current North American tour.

Highlights from the program include images of the singer from the United States kissing Rema on the face.

Late on Monday night, Rema shared the video on his Twitter page and professed his love for Gomez, saying that Los Angeles “gave me butterflies.”

LA gave me butterflies, I love you @selenagomez, and big ups to my brother @6LACK for being honest with me, Rema stated in a tweet.

However, the kissing sequences thrilled viewers who responded on Twitter.

Not Selena Gomez attending Rema’s event in the USA, a fan tweeted @Lowie Gold1. Rema will ascend to the position of Prince Celeb. Do your thing, Young Prince. Your heritage will be bigger.”

“I know Rema is gonna sit down and reflect on this because how did he go from an ordinary boy to being kissed all over by Selena Gomez?” @jeremyb___ mused.

@ThisisEazee tweeted, “See the way Selena Gomez held Rema as if he stole her property.”

@Menogetshishi_ said, “That video of Selena Gomez with Rema is so cute. No be me dem kiss but na me dey blush.”

Hoping for a relationship between the duo, @dreamcumthruu tweeted, “Rema and Selena Gomez should better give us that relationship joint. I don’t want to know how it will happen. I just want to see them as an item. I had okayed the #Rese #Sere ship immediately.”