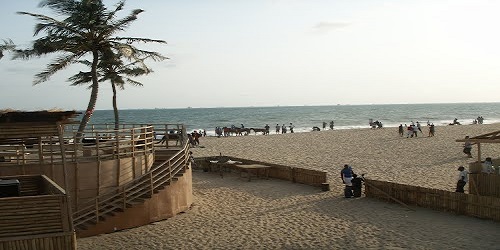 Four teenagers have reportedly drowned at a section of the Elegushi Beach Resort on Tuesday.

According to a Statement signed on behalf of the Beach management by Chief Ayuba, Elegushi, about Ten teenagers had visited the beach in the early hours of Tuesday to celebrate the success of their WAEC examination.

While the beach authorities and security team turned them back, the boys took a detour and went to an unmanned section of the beach area to swim.

Unfortunately, about ten of them were almost drowning before the beach life guard team were alerted to the scene and six of them were rescued, 2 of which were rescued were however injured while four are still missing as at press time.
The matter has been reported at the Ilasan Police Station, effort is still on to find the missing boys.
The management of the Elegushi beach however, described the incident which claimed the lives of the teenagers at an unmanned section of the beach as unfortunate.
Meanwhile, the Lagos state Police Command’s public relations officer, Benjamin Hundeyin, mentioned on Twitter that he has warned about drowning in relation to water travel and swimming pool.
He added that, parents/guardians, should have a heart-to-heart talk with their teenagers to avoid losing them. “Four teenagers drowned at a Lagos beach today, after collecting their exam results in school. Take heed he said.”