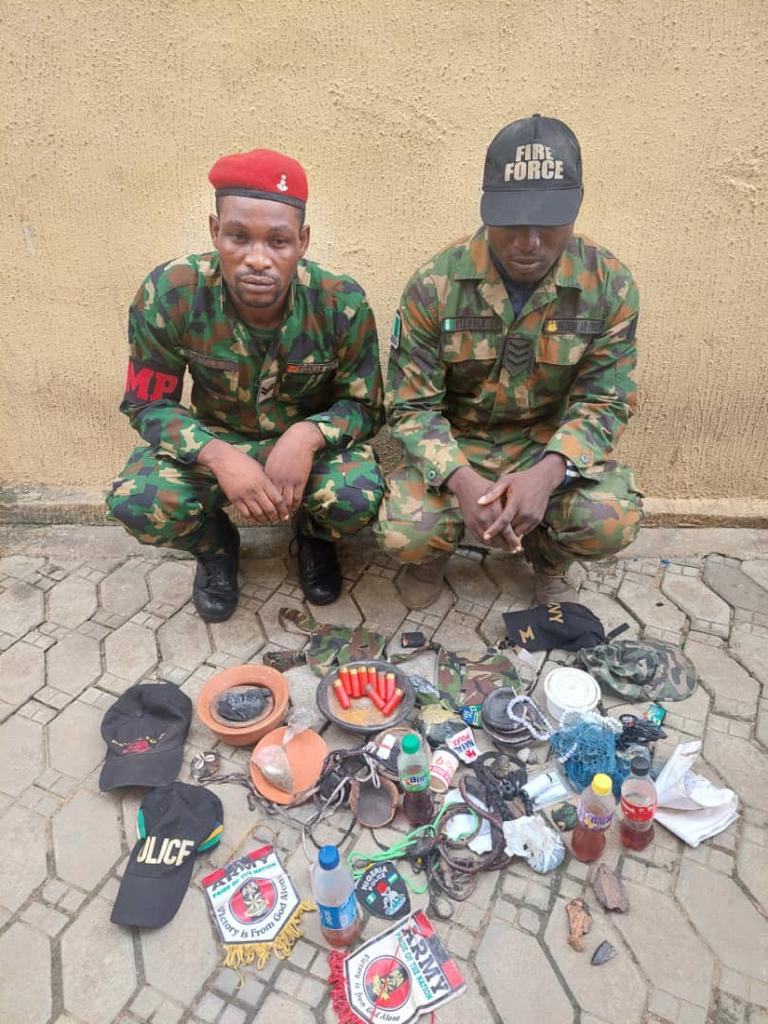 Detectives of the Lagos State Police Command have arrested a fake soldier, Oluwatosin Gabriel ‘m’ aged 39 during enforcement of the total ban on motorcycles in some parts of the state.

A discreet investigation by the detectives led to the arrest of the supplier of the military uniforms, one Nurudeen Agboola ‘m’ aged 35.

In a press statement by the Public Relations Officer (PRO) of the Command; SP Benjamin Hundeyin; he said “the following items were recovered from the fake soldier and his supplier: four pairs of military camouflage uniform, nine live cartridges, military identity cards, police accoutrements and charms.

“Investigation is ongoing to establish the extent of their criminality. Suspects would be arraigned at the conclusion of investigation.

“The Lagos State Commissioner of Police, CP Abiodun Alabi, fdc, while commending the detectives for a job well done, has charged officers and men of the Command to redouble efforts towards sustaining the safety and security existing in the state.”