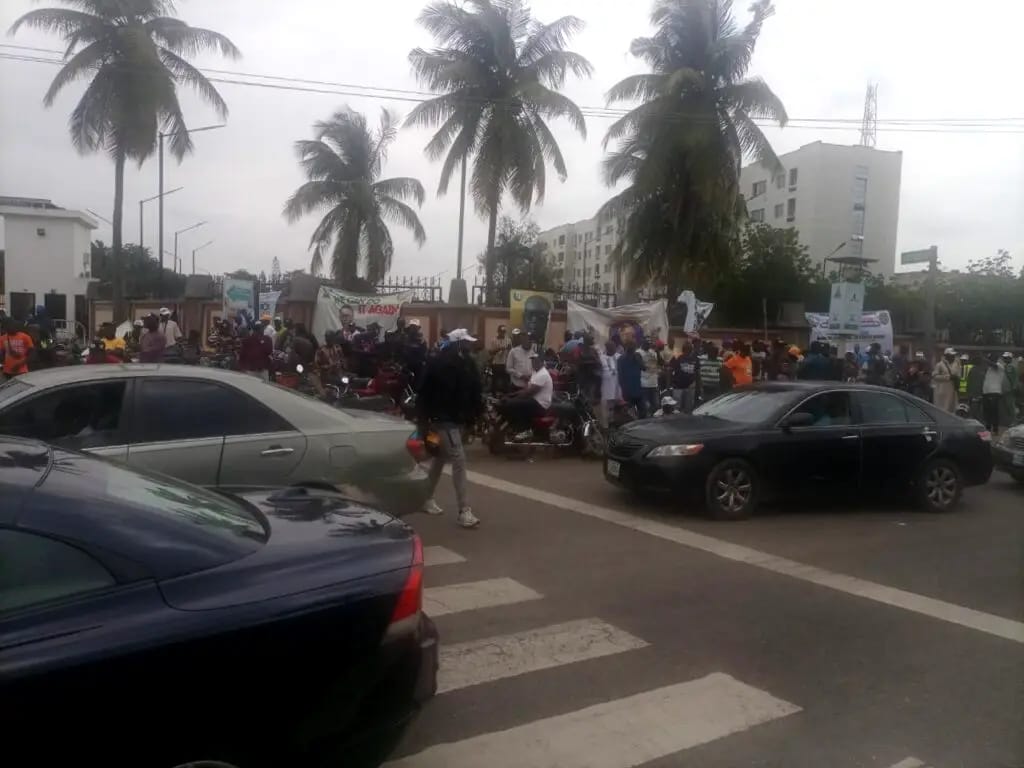 Thousands of commercial motorcycle riders, also known as “Okada” riders, stormed the Lagos House, Alausa, Ikeja, and the office of Governor Bababjide Sanwo-Olu and demanded that the ban on their operations in six Local Government Areas, or LGAs, which was set to begin on Thursday, September 1, 2022, be suspended.

Remember that on August 18, 2022, Sanwo-Olu issued a blanket ban on Okada rider activities in four additional Local Government Areas and their related Local Council Development Areas, LCDAs, of the state, beginning on September 1, 2022, as part of the ongoing phase clampdown.

Traditional leaders, religious figures, locals, and community development associations, among others, have earlier urged the Lagos State Government to take the threat to the state’s security and end it by considering a complete ban on the operations of Okada riders.

It is instructive to note on May 18, 2022, Sanwo-Olu made a pronouncement on the total ban on Okada operations in six LGAs, and the respective nine Local Council Development Areas, LCDAs, under them including all major bridges and highways of the State and the subsequent inauguration of the Lagos State Anti-Okada Squad saddled with the responsibility to aid the police and taskforce to implement and enforce total compliance with respect to the law to curtail the unruly activities of the riders.

Sanwo-Olu had on May 10, 2021, reviewed the 2012 Lagos Traffic Law guiding the Okada operations, after his predecessors, Babatunde Fashola and Akinwunmi Ambode’s administrations banned their activities.

Kosofe, Ikosi-Isheri, Agboyi-Ketu LCDAs, Oshodi-Isolo, Isolo, Ejigbo LCDAs, Shomolu, Bariga LCDA, and Mushin, Odi-Olowo LCDA are the other four councils that will be impacted by the announcement.

Ramoni Eleniyan, the chairman of the Motorcycle Operators Association of Lagos State (MOALS), and a few other union leaders led the protesting Okada riders.

At about 3.30 p.m. as of press time, the Okada Association leadership was attempting to resolve the conflict amicably in an emergency meeting with government representatives under the direction of the Deputy Governor, Dr. Obafemi Hamzat.