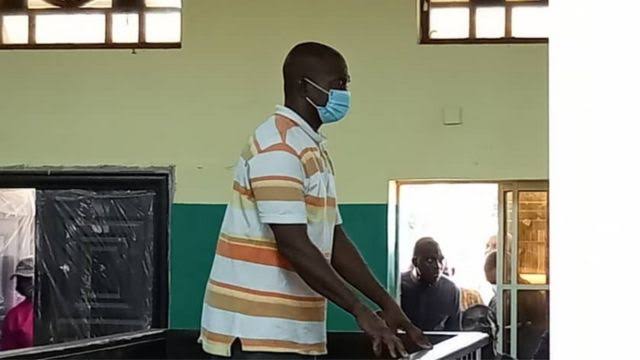 The trial of Andrew Ominnikoron, a BRT driver who allegedly raped and murdered Oluwabamise Ayanwole, a 22-year-old fashion designer, couldn’t continue on Wednesday, due to absence of his counsel.

The defense counsel Abayomi Omotubora, was not present for the resumed hearing of the case before Justice Sherifat Sonaike of the Lagos High Court, sitting at Tafawa Balewa Square with the excuse that he was stuck in traffic as he was coming from Ikorodu.

As a result of Omotubora’s absence, Justice Sonaike adjourned the case to September 29th, for continuation of trial.

Andrew Nice Ominikoron, had however, pleaded not guilty to the five-count charge against him.