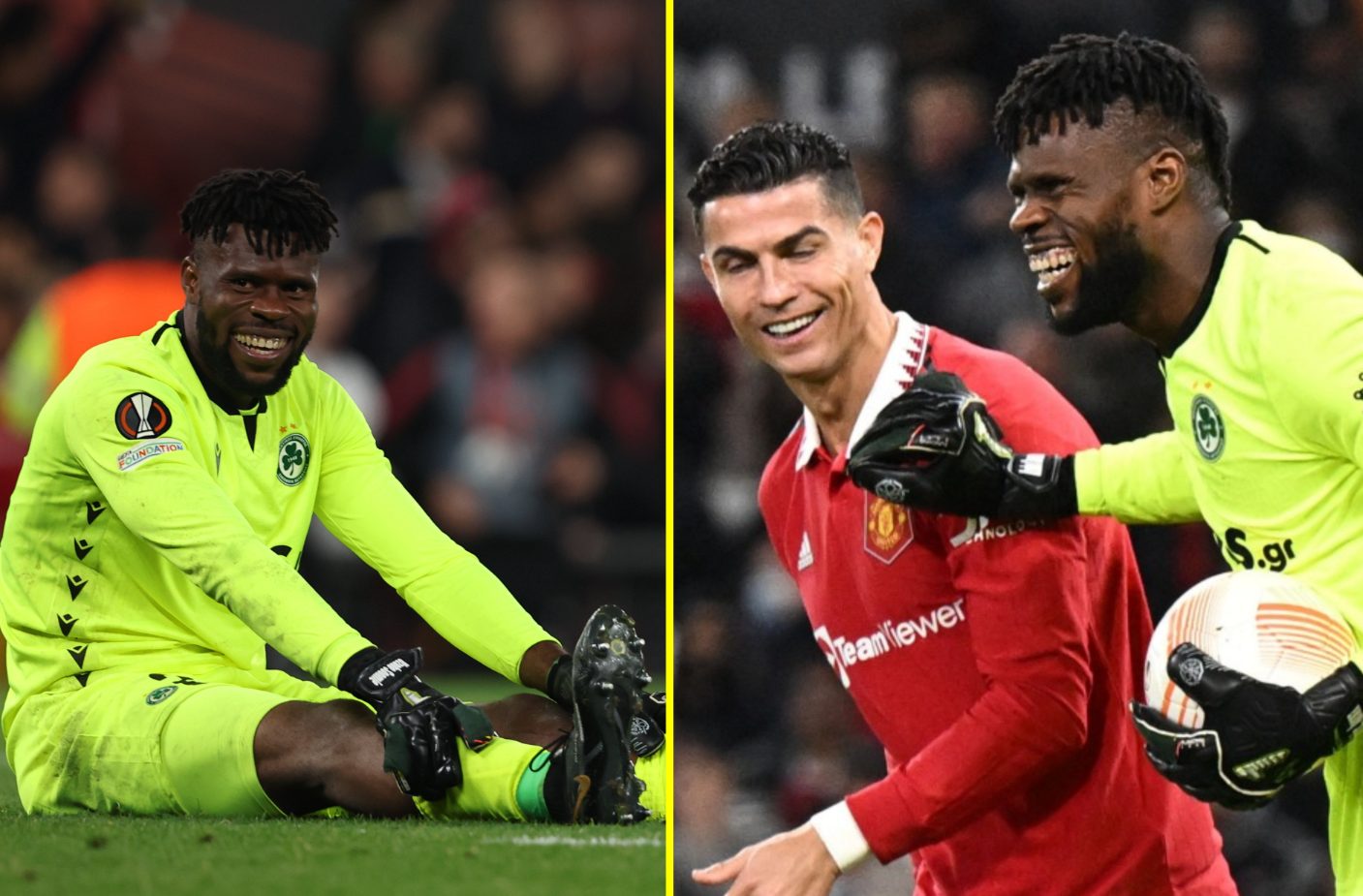 Omonia Nicosia goalkeeper Francis Uzoho revealed he had fulfilled his lifelong dream to play at Old Trafford after starring against Manchester United in the Europa League on Thursday.

Uzoho, who is normally Omonia’s second-choice goalkeeper, was given the opportunity to play against the team he has supported since he was a child, and he made the most of it. The 23-year-old made a number of impressive saves to deny the hosts throughout the game, before he was finally beaten by Scott McTominay in added time as United secured a late 1-0 win. Despite conceding late on, Uzoho was still in good spirits in his post-match interview after shining on the biggest stage.

The 25-cap Nigerian goalkeeper also recieved acknoledgement from Manchester United’s official Twitter website, after he wrote, “my dream came through… Old Trafford, I will never forget you” on his twitter page.

“Respect for your performance – all the best for the rest pf the season.”, Manchester twitter replied. “I am not disappointed because we had a good game. It would have been perfect to get at least a point but I’m happy,” Uzoho said in an interview after the game.

“It is not an easy stadium to play in with these big players but I’m happy in general.

“It’s a dream come true for me. I have dreamed to play here for a long time. When I saw the draw, I wanted to play at Old Trafford and I thank God for giving me the opportunity to play.’