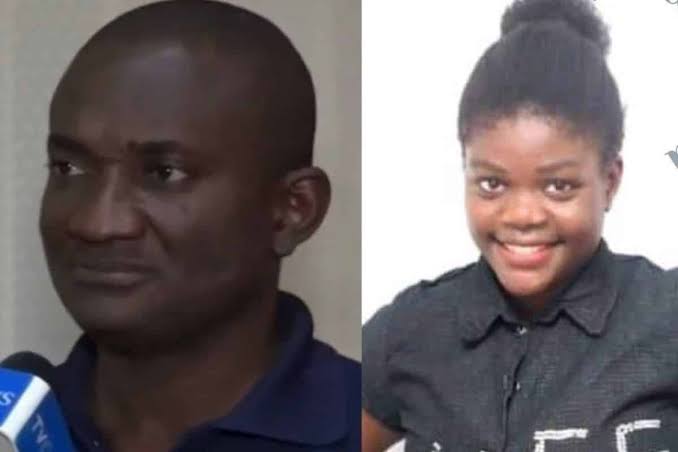 The BRT driver who is accused of sexually assaulting and killing a passenger named Bamise Ayanwola in Lagos has refuted any wrongdoing.

In his confessional testimony to the police, Andrew Ominikoron denied his involvement in the crime according to homicide police officer Sunday Ihende, while giving his testimony on Tuesday before the high court in Tafawa Balewa Square (TBS), Lagos.

Bamise Ayanwola, a 22-year-old fashion designer, was allegedly raped and killed by Ominikoron aboard a BRT vehicle in February.

He is also charged with raping one Maryjane Odezelu, another passenger, on November 25.

According to the witness, Mr Ihende, who appeared as a prosecuting witness in the murder and rape trial against Andrew Nice Ominikoron, said he has been a police officer since 1991. He leads a team in which he assigns cases and plays supervisory roles.

He told the court that he came in contact with the defendant on 7 March.

The witness told the court that the defendant made an oral confession because he was not literate.

He said that he was assigned to afternoon duty from 2 p.m. – 7 p.m.” the witness had said.

“He admitted picking the late Bamise at Chevron bus stop around 7 p.m. and said that a few bus stops after that he picked three male passengers.”

The male passengers ordered him to stop while one of them pointed a gun at him, the police said.

Mr Ihende further went on to say that while one held him at gunpoint, the two others dragged the deceased.

The police told the court that in the confessional statement, the defendant said he did not know when the passengers dragged the deceased off the bus.

“He sped off and thought that the late Bamise was with him,” the witness said. “And when he got to 7UP he parked the vehicle.”

The police officer said that when he asked if he came across any police officer on the road, the defendant said that he saw some but could not report the matter because he had flouted the company’s rule by driving beyond 7 p.m.

When Babatunde Martin, a state lawyer, tried to file the confessional statement as evidence, the defense lawyer, Kayode Omotubora objected.

Mr Omotubora refused the admissibility of the confessional statement on the ground that they were taken “involuntarily and under duress.”

The police should come and prove under which conditions the confessional statement was taken,” he said.

Earlier, the witness told the court what they found out in the course of their investigation.

Mr Ihende told the court that the “suspect is the driver of the bus that the deceased entered where she was unfortunately raped, murdered and dumped along Ebutte Ero.

He said that they found out that the defendant took the deceased to a secluded place, raped and dumped her there.

He said they also found out that he attempted to rape one Victoria on 29 December.

“The victim said she was surprised and was expecting him to pick others,” he said.

He initiated a personal conversation but fortunately the lady escaped.”

“He picked her and …went to a secluded place, off the light of the bus and rape his victim.,” he said.

The witness told the court that the defendant confessed to raping Miss Odezulu.

Justice Sherifat Sonaike, further adjourned the case till October 31st, 2022 for trial within trial and also for both parties to prove whether the confessional statement was taken voluntarily or otherwise.