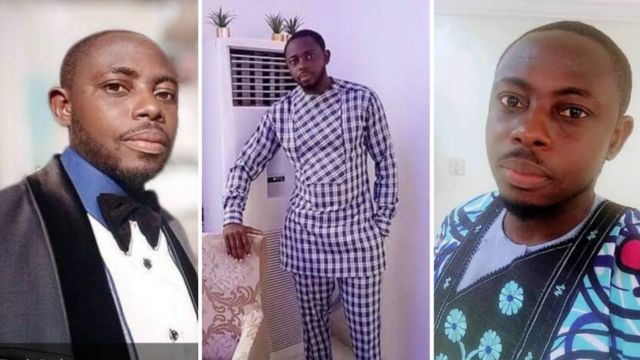 The younger brother of the late pastor of the Redeemed Christian Church of God, who was reportedly murdered by two boys, Farouk Mohammed, (16), and Kasali Jamiu, (19), gave his testimony in the case before the Lagos State High Court at Tafawa Balewa Square on Tuesday.

The two boys, Farouk Mohammed, 16, and Kasali Jamiu, 19, were remanded by Justice Sherifat Sonaike after they were accused of killing Babatunde Dada, a 46-year-old pastor of the Redeemed Christian Church of God.

The two were initially accused on January 12, 2022, before a Yaba Chief Magistrate’s Court along with two other people, Mumuni Toheeb, 21, and Mubarak Soliu, 20, for allegedly getting a Spark S Techno phone worth N60,000 that was the deceased’s property.

Michael Dada, the younger brother of the late Pastor Babatunde Dada, was called to the witness stand by the Director of Public Prosecution (DPP), Babajide Martins, when the hearings resumed before Justice Sherifat Shonaike.

While giving his testimony before the court, he mentioned that on the day the incident happened, he received a call from his younger sister Oluwakemi Dada, who was staying with the deceased at the time that the pastor was lying in a pool of his own blood in the church premises.

He said, “My name is Dada Omoniyi Michael, the younger brother to pastor Babatunde Dada. I am a teacher, and i’m 33-years-old.

“On the 2nd of December 2021, I received a call from my younger sister, Oluwakemi Dada who lived with my deceased brother. She was screaming on the phone, that my brother is lying in a pool of blood in the church.

“Before getting to the church, she called me back that my brother has been taken to Navy Town hospital where they had taken the body. There I found him already confirmed dead, Michael said.

Michael continued, “I asked her what happened, she told me that there were two strange boys working with them whom the church had accommodated.

“The two boys started working with him and were going to be paid. According to my sister Oluwakemi, on that fateful day, my deceased brother told her and the other laundry workers he is going to the bank and that he will be back.

“She said when he came back, he went upstairs in the church to go and rest, she was now thinking why her brother had not come down after resting for quite sometime. One of the laundry workers went up to pick a cloth to wash, on getting there, he screamed. I asked my sister, why they were not listening, they said generator was on.

“The worker screamed and called the rest, they all met the pastor in a pool of blood and he was coughing out blood. They noticed that the two strange boys, Farouk and Jamiu were not there.”

Mr. Oyekanmi Isijola, the first defendant’s counsel, during cross-examination, questioned and inquired from the witness as to how he learned of the incident. The witness acknowledged that, although his sister had told him about the entire episode, he had not actually seen it.

In addition, Spurgeon Ataene, the counsel to the second defendant, questioned Michael, the witness, about the timing of the two boys’ employment in the church’s laundry service.

“I do not know, Michael replied, I am only aware of the incident of Dec 2nd and it was communicated to me by my sister. He further confirmed.

Because Inspector Daniel Olumuyiwa’s name was not on the list of witnesses, the court was unable to continue with his testimony.

The case was postponed until December 12, 2022, for the application for bail and until January 10, 2023, for the continuation of the trial, as Justice Shonaike indicated that the defendants do not need to be present for the hearing of the bail application.

The defendants were charged with four counts that included armed robbery, murder, robbery conspiracy, and conspiracy to commit murder.

Martins testified before the court that on December 2, 2021, around noon, in the RCCG, Road 13, 6th Avenue, FESTAC area of Lagos, the defendants allegedly plotted to kill Dada.

He said they killed the deceased by hitting him on the head with a wooden plank and a bottle.

The prosecutor also told the court that the duo robbed the deceased of his bag and a mobile phone.

The defendants pleaded not guilty.