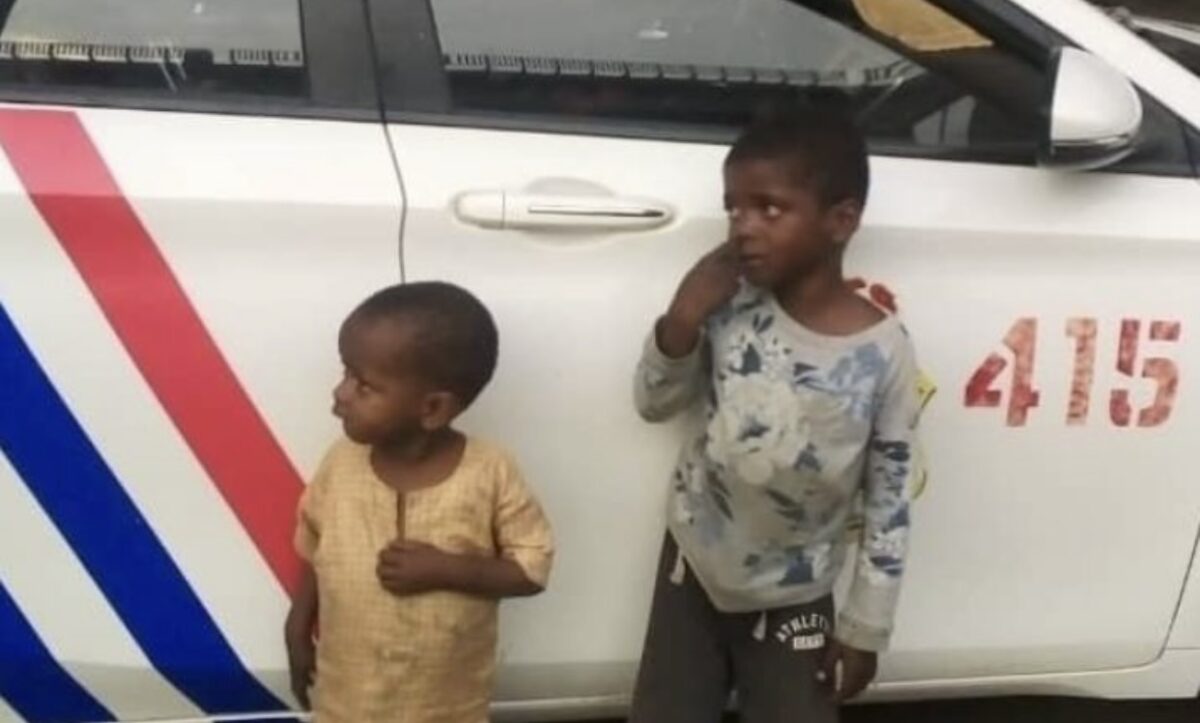 Two children who had been left behind by their mothers in the Marina neighborhood of the state have been saved by members of the Rapid Response Squad unit of the Lagos State Police Command.

This was stated in a statement that was published on the RRS official Twitter handle on Friday.

Chidara, age five, and Shonton Chukwu, age three, were the youngsters in question.

According to the RRS, the kids were saved on Thursday at around 6:00 p.m.

“Our patrol team at Marina saw two underage boys on the expressway about to be run over by speeding vehicles.

“The boys disclosed that their mother boarded a car and left them,” the command wrote.

The RRS said that the children had been taken to the Adeniji-Adele Police Division to be reunited with their parents.