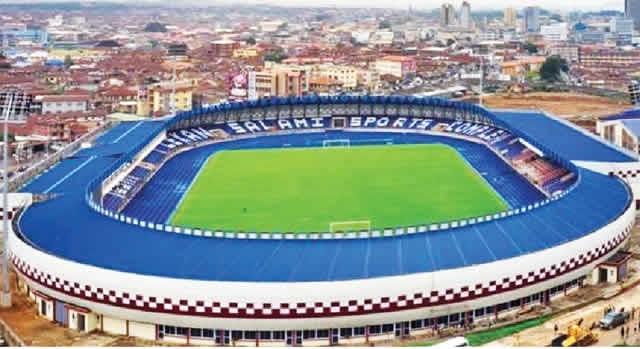 Five clubs of the Nigeria Professional Football League (NPFL) have failed to meet the infrastructure requirements of the NPFL Club Licensing regulation and will be playing their home matches at venues approved by the Interim Management Committee (IMC).

Following the Draws for the 2022/23 season of the NPFL, the IMC on Thursday released fixtures for MatchDay 1 and venues for the games.

Rangers International of Enugu, Kwara United of Ilorin, Niger Tornadoes of Minna, Lobi Stars of Makurdi and Nasarawa United of Lafia are the clubs that failed to provide up-to-standard stadium facilities to host matches based on requirements of the Club Licensing.

In the fixture released by the IMC, Nasarawa United will host Enyimba on MatchDay 1 at the New Jos Township Stadium while Kwara United will host Gombe United at the Lekan Salami Stadium in Ibadan. Both fixtures are in Group A.

Other Group A fixtures will see Akwa United hosting Bendel Insurance at the Nest of Champions in Uyo, Plateau United vs Shooting Stars at the Jos Township Stadium and Remo Stars vs El- Kanemi Warriors at the Remo Stars Stadium in Ikenne.

In Group B, Rangers International will play Abia Warriors at the Awka City Stadium and not their traditional Nnamdi Azikiwe Stadium in Enugu.

The rest fixtures are Bayelsa United vs Dakkada at the Samson Siasia Stadium in Yenegoa, Wikki Tourists vs Niger Tornadoes at the Abubakar Tafawa Balewa Stadium in Bauchi, Doma vs Sunshine Stars at the Pantami Stadium in Gombe and Cup holders, Rivers United vs Lobi Stars at the Adokie Amiesimaka Stadium in Port Harcourt.

Davidson Owumi the Head of Operations of the IMC said that in strict adherence to the provisions of the NPFL Club Licensing Regulation, clubs that fail requirements will be held accountable.

“We want to get it right from the start and this can only be achieved when the rules are followed”, he insisted.

The season is due to kick off on January 8 following the colourful draw ceremony held in Abuja on Wednesday,December 28.

The IMC Chairman, Hon Gbenga Elegbeleye had announced that the winner of the Abridged League format will receive ₦100m with each of the 20 participating clubs receiving ₦10m take off grant.