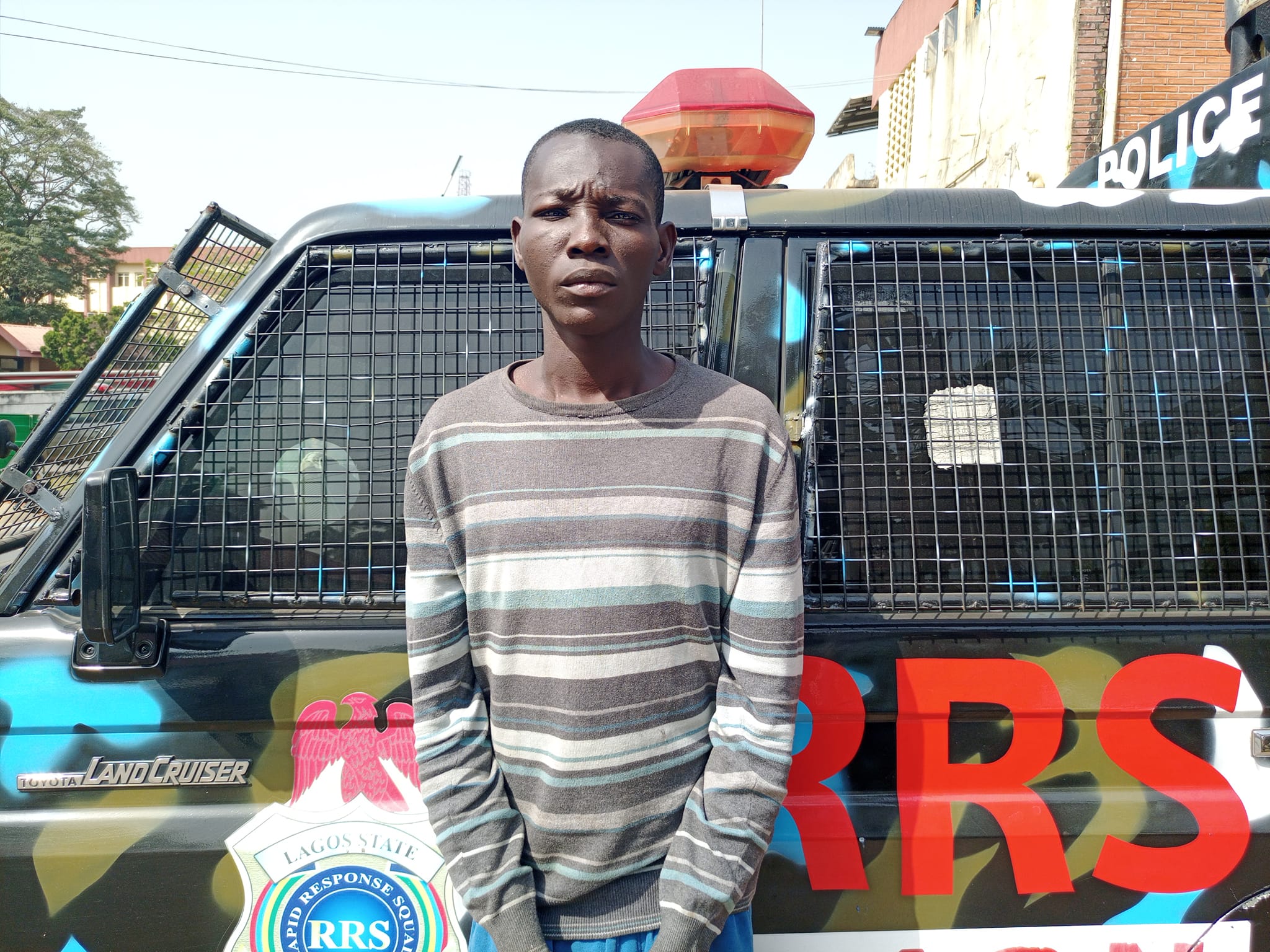 Facebook
Twitter
Pinterest
LinkedIn
Read Time:1 Minute, 0 Second
By ‘Leke Yusuf
Operatives of the Rapid Response Squad (RRS) arrested one Emmanuel Okorafor, 26, on Thursday evening at Ojota. He was caught in a POS fraud. He said he started it three weeks ago.
Okorafor has been defrauding POS operators various sums of money. He normally gives them a seven-figure amount for withdrawal, which the operator would enter into the POS machine (N52,000:00).
Once the machine is handed to him to enter his PIN, he would cleverly delete two zeros (N5,200:00) before returning it to the operators. This way, the operators pay him N52, 000:00 while he is debited N5,200:00.
In his confession, he re-acted same fraud at five POS points yesterday around Ogudu GRA and Ojota before he was arrested in the evening.
As at yesterday, three POS operators said he played the same trick on them. His ATM card matched that used in defrauding the victims. Some of them said they have wrongly accused and sacked many of their attendants for stealing their monies.
Investigations revealed that the ATM card was used to collect various sums of money ranging from N52,000 to N5,500 at many POS points.