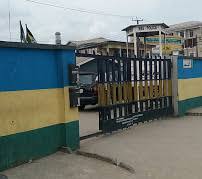 The Lagos State Police Command has announced the transfer of police officers attached to the Ajiwe police division in Ajah.

According to the Police Public Relations Officer, Benjamin Hundeyin who made the announcement on Monday, he said that the officers have been transferred to other divisions within the state.

In an earlier report by Hotjist.com, an officer attached to the Ajiwe division, identified as Drambi Vandi, allegedly shot a pregnant woman, Omobolanle Raheem to death, while she was returning from a service on Christmas day.

The officer has since been remanded by a magistrate court in Lagos.

While making the announcement, Benjamin Hundeyin, said the transfer has been effected and the police officers will be replaced by officials from other divisions.

He urged residents to give out information to the police “as this would translate to a better policing experience for all.”

“I can confirm that this publication has been overtaken by events. The new DPO Ajah, CSP Adolf Ogwu, had earlier in the week dismantled all the shanties around the police station.

“In addidtion, the Commissioner of Police, Lagos State Command, CP Abiodun Alabi, fdc has already effected the transfer out of all personnel of the division, with replacement from other divisions. This would fully materialize in a couple of days.

“We encourage more Lagos residents to, as usual, say something whenever they see something, as this would translate to a better policing experience for all. Remember, security is everyone’s business ”Mr Hundeyin said in a tweet on Monday