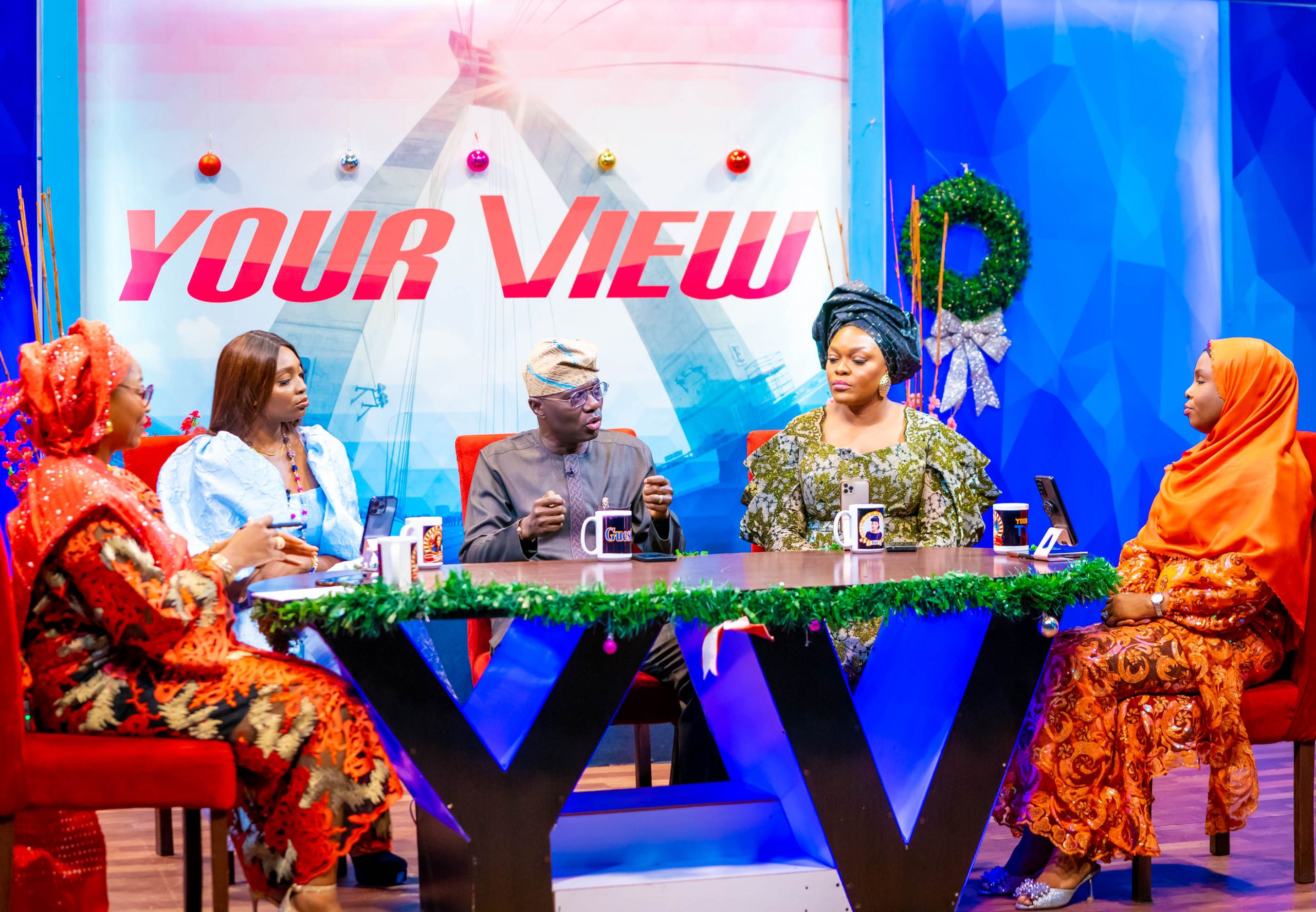 •‘Ex-Governor’s blueprint did the magic’

The contention over the role of All Progressives Congress (APC) presidential candidate, Asiwaju Bola Ahmed Tinubu, in the wave of infrastructural transformation being witnessed in Lagos State in the last two decades may now be put to rest.

Governor Babajide Sanwo-Olu, on Monday, set the record straight, saying Tinubu was the brain behind the development master plan being implemented by successive administrations in Lagos, which has elevated governance in the State. This, Sanwo-Olu said, is a fact that could not be denied by anyone who worked closely with the former Lagos Governor from 1999 to 2007.

Sanwo-Olu was the special guest at Your View, a broadly watched show on Television Continental (TVC), where he spoke about his Government’s achievements, his re-election, family values and relationship with the APC presidential candidate.

Lagos is widely believed to be the model for good governance, infrastructure renewal and innovation. The State recently made history as the first sub-national entity in Africa to complete modern intra-city rail infrastructure without federal budgetary allocation – feat widely applauded.

Sanwo-Olu said Tinubu could not be deprived of the credit for the reforms that set the direction for the infrastructural programmes delivered by his successors to transform Lagos to one of the biggest economies in Africa. The Governor, who said his working relationship with Tinubu began in 2002, emphasised that he was a living witness to development of Lagos State Economic Empowerment and Development Strategy (LASEEDS) under the leadership of Tinubu.

The LASEEDS document, Sanwo-Olu said, was harmonised with a 10-point agenda document and became the precursor to the Lagos State Development Master Plan (LSDP) that originated from the Lagos Economic Summit (Ehingbeti) initiated by the Tinubu administration.

He said: “With all sense of humility, I joined the Tinubu government over 20 years ago. I was General Manager in my bank before I joined Tinubu in November 2002. From the very first day of my appointment, I was in Tinubu’s cabinet and I saw things first hand. I am a living witness to the development vision put forward by Tinubu. It’s not something we should be blabbing about; it’s a fact we all know. Under the leadership of Tinubu, we set up documents called LASEEDS and SEEDS, which are economic development blueprints for Lagos. We also had what we called a 10-point agenda, which laid the foundation for revenue generation drive, transportation reform and public infrastructure renewal.

“LASEEDS and SEEDS documents were working blueprint for transformation in Lagos. We set up the Ehingbeti Economic Summit to run year on year, where we collate inputs from the private sector and put them in flesh of public documents and generate a working paper we could implement. I was the Commissioner for Economic Planning and Budget, so I was part of those that developed the documents. Lagos Metropolitan Area Transport Authority (LAMATA), for example, did not just come out of the space; Tinubu set up LAMATA with the World Bank in 2002. I was part of the first set of personnel that worked in LAMATA, which is one of the best transportation agencies in the world.

“That’s how the blueprint was developed and we had a 20-year development plan for it, which former Governor Babatunde Raji Fashola improved on. He expunged some items and replaced them based on the realities of the period. Former Governor Akinwunmi Ambode did similar thing. Our Government is doing same, because there is continuity. We’re able to see the challenges of previous governments and we decided on those things we can take quickly. Tinubu deserves the credit because he is the one that was able to bake the first retinue of very intelligent people that worked with him to develop implementable blueprint.”

Sanwo-Olu dismissed the speculation in certain quarters that Tinubu had been running Lagos by proxy, noting that the former Governor had since moved to the Federal Capital Territory (FCT) in the last six years where he had been contributing his quota to national development and building the ruling party.

The Governor, however, said Tinubu’s experience in governance qualified him as the right person from whom advice is sought regularly for direction.

“Tinubu is a father and a man that I respect personally. I cannot take that away. Critics always want to say anything, but are we keeping our eyes on the ball? Yes. Are we doing the things Lagosians want us to do? Yes,” the Governor said.

On why Lagosians should trust him with another mandate in the coming general election, Sanwo-Olu said: “One of the strongest points of a leader is for people to underrate you. You don’t have to be in people’s faces to get your tasks done. All you have to do is to roll up your sleeves and get the job done. Check out my background, integrity is what I live by. As a treasurer in a bank, my word is always my bond. If I give commitments, I keep to those commitments.

“It is not about me alone. It is about our future and the legacy we should be leaving behind. We have kept faith with all the things we said we would do under the THEMES agenda. With all sense of responsibility, we have performed and earned people’s trust. Let’s join hands and be on this train together. We can imagine what’s coming in another four years.”