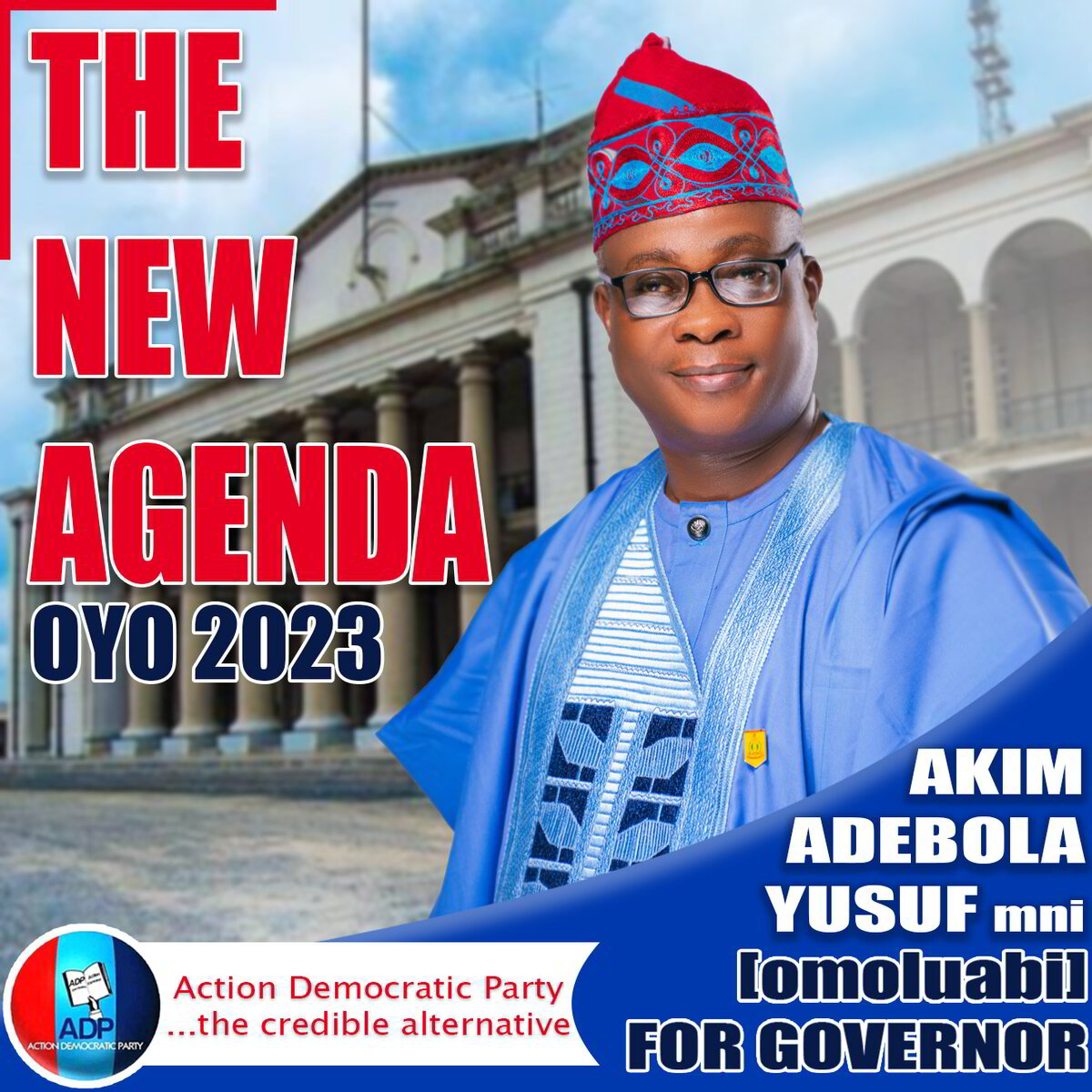 The official flag-off ceremony date for the Action Democratic Congress’s governorship campaign in Oyo State has been announced.

The event will begin with a short walk from Mobile Petrol Station, Ring Road, to the location at 10 am, according to the statement.

Media outlets and interested persons are expected to converge at the campaign Head Quarters at Oke Ayo, Ago Tailor Ibadan.

“We are pleased to announce that the Oyo State Action Democratic Party will hold its official flag-off ceremony for Omoluabi ta ‘nwa on Thursday, January 12, 2023.

“Prior to the ceremony, there will be a brief walk from Mobil Petrol Station Ring Road at 10:00 am to the location.

“All interested may converge at the Omoluabi Campaign Head Quarters, Oke Ayo (behind Our Lady of Apostles Secondary School), Ago Tailor, Ibadan.”