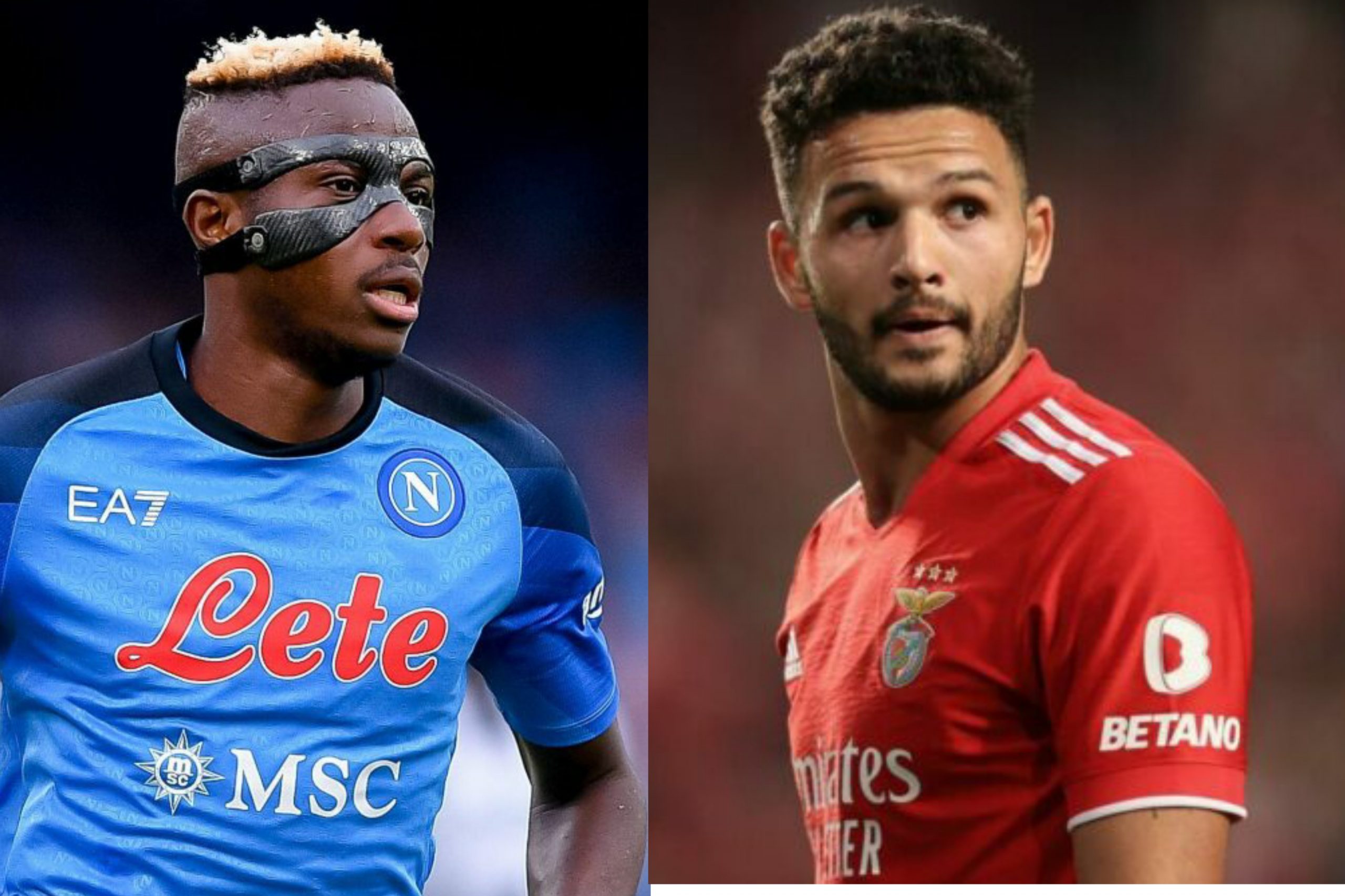 Manchester United are reportedly considering a summer move for a striker with Napoli’s Victor Osimhen and Goncalo Ramos among the the options, but the club are reportedly braced for competition from their Premier League rivals.

After Cristiano Ronaldo’s controversial exit, Burnley flop Wout Weghorst was brought in on loan as a temporary replacement, but United are still looking to add a forward in the summer transfer season.

Erik ten Hag’s side face the prospect of paying over £100million to bring either Osimhen or Ramos to Old Trafford.

Osimhen has been a vital part of Napoli’s success story this season, with the Nigerian international helping to take the club nine points clear at the top of Serie A.

Before deciding on his future in the summer, Osimhen will try to help Napoli win its first Serie A title in 23 years, according to the Naples-based Il Mattino newspaper.

Napoli are prepared for Premier League interest with the club facing a challenge of extending Osimhen’s current contract beyond 2025, with Arsenal and Newcastle considered among his suitors, along with United. However, the Italian league leaders are expected to demand around £130million for him.

Ramos could be an alternative option for United, with the 21-year-old having bolstered his growing reputation by scoring a stunning hat-trick for Portugal against Switzerland at the World Cup after replacing Ronaldo up front.

Benfica are reportedly keen to offer a pay rise to Ramos to reward his recent displays according to Portuguese outlet O Jogo.

A new deal would extend Ramos’ contract beyond 2025 and increase the value of his release clause, which currently stands around £105m.

United could face competition from Premier League rivals Newcastle and French champions Paris Saint-Germain for the forward, who has scored 17 goals in 26 matches for Benfica this season across all competitions.