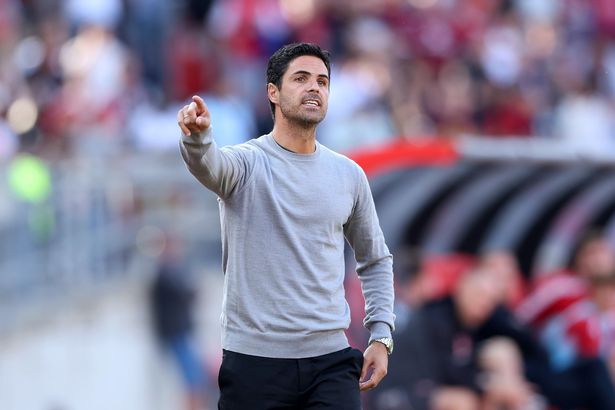 Despite Arsenal’s thrilling comeback victory over Manchester United, Mikel Arteta maintains that Manchester City is still the club to beat in the Premier League title race.

In order to retain their five-point advantage over champions City, who defeated Wolves earlier in the day, Eddie Nketiah’s goal in the 90th minute gave them a jubilant victory over Erik ten Hag’s improving team.

However, Arteta insistents that Pep Guardiola’s side, who have won four of the past five titles, remain a cut above his side. Arteta has been careful not to recognise Arsenal’s position as title favourites.

Arteta did admit, however, that belief and confidence is growing within his squad after this huge three points against a team that would have moved to within five points of them with victory.

“I hope they believe, not that they (believe they) are champions, but they are good enough to play against these teams and that they have done it,” said Arteta.

“We talked about that in the last two or three days. We know our reality, we know still how much we have to improve.

“We know what’s taken us to the position we are today and we have to reinforce that every day.

“Wins like this gives us Belief and confidence that we are going in the right direction. That the way we’re playing is going to reward them.

“It’s just pure spirit, pure belief and testament to what we do. In my opinion that’s what we have to continue.'”