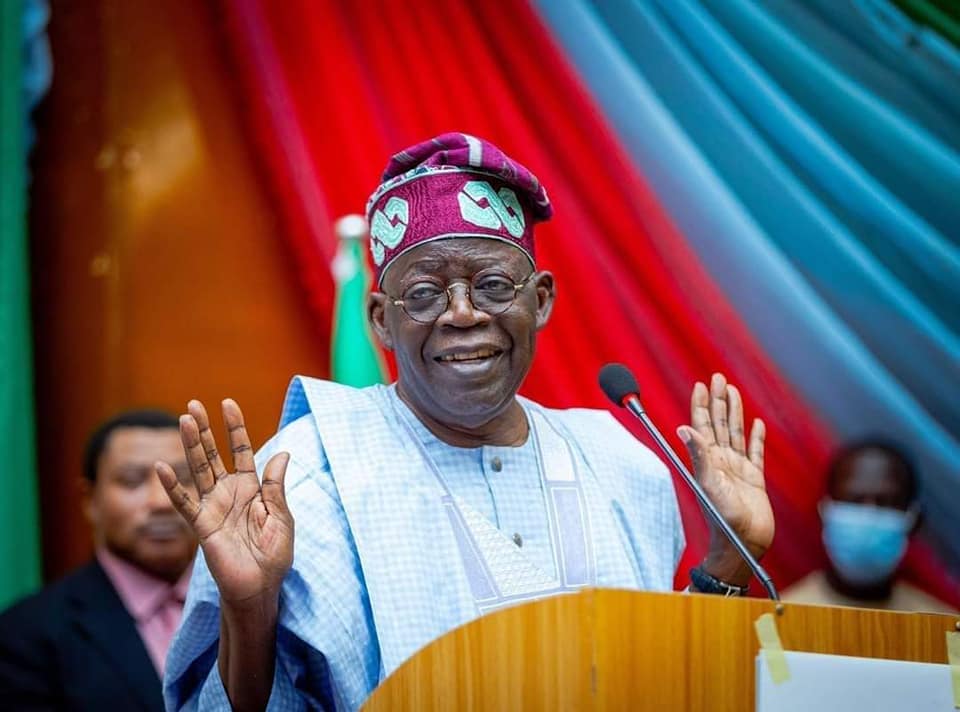 Asiwaju Bola Tinubu, an APC presidential candidate, stated on Tuesday that Kwara State Governor AbdulRahman AbdulRazaq has excelled and set the state on a course of excellent and steady recovery just three years after the Otoge administration took office.

“We can see now that AbdulRahman AbdulRazaq has excelled and put your state on the right track.” You’ve witnessed it for yourself.

You are receiving your paychecks on time. I’ve heard testimonials about his wonderful work from market women and others.

A governor who cannot afford to pay his or her employees’ salary is unfit to head any group. ” At the state banquet hall in Ilorin, Tinubu told Kwara APC delegates.

“We’re going to keep working together.” Kwara State will never fall into the hands of the termites. Never, ever again. “

After the Governor spoke extensively about his outstanding contributions to the Otoge campaign and then introduced him to the delegates ahead of the presidential primaries, Asiwaju received thunderous applause, a standing ovation, and endorsements for his presidential run.

Asiwaju praised AbdulRazaq for committing himself to the course of humanity, praising his achievements in basic education, health, and rural-urban development.

“We have seen enough evidence of his good work for a governor who was his own person three years ago.” He committed himself to humanity and the public good, “he stated. 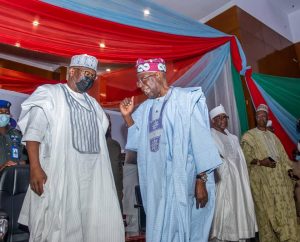 The presidential candidate claims he is better suited to lead Nigerians down a path of success and wealth, proposing to use education and social welfare as powerful weapons in the fight against poverty.

Make me your president and we’ll come up with a lot of ideas. I know how to do it better. I can show you how to get there. I know how to find my way to success.

I can pave the way for your academic success. I can guide the children to a bright future. I believe that because education is the most powerful weapon in the fight against poverty. Because of my education, I am able to stand before you. His address was punctuated by cheers from the audience.

“I thank you for this uproar and smooth endorsement. I thank you. May God not put you to shame.”
The former Lagos governor said AbdulRazaq has earned the right to win another term in office and would be fully supported for the bid.
Asiwaju said whatever grievances among some party chieftains would be resolved, adding that disagreements are a key element of party politics and can always be managed. 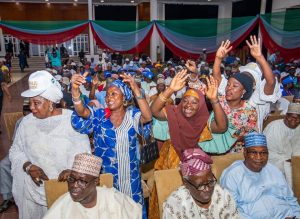 “I will intervene, those who are aggrieved should reunite with the party. We will calm the fraying nerves. They should remain with the party and work with Governor AbdulRahman AbdulRazaq for a second term. For the coming election, we are re-electing Governor AbdulRazaq. So, we will settle the differences,” he said.
Asiwaju was accompanied on the campaign trail by an army of battle-tested politicians, serving and former parliamentarians, technocrats, and his media top guns, including former Borno Governor Kashim Shettima and former TETFUND chief Prof Sulaiman Bogoro.
Governor AbdulRazaq had earlier led a powerful delegation of the state government and APC generals in the state to welcome the APC leader from the airport — after which their long motorcade meandered through the highway lined by seas of admirers to the palace of the Emir of Ilorin Dr Ibrahim Sulu-Gambari, where they paid royal homage, and then to the banquet hall where they were greeted to a carnevalesque atmosphere.
“First of all, let me thank Asiwaju Ahmed Tinubu. He has not been to Kwara since our election. The last time he was in Kwara was during the 2019 campaign. This is the first time since then and I believe we haven’t thanked him enough for his roles in helping us take power in this state,” AbdulRazaq said, his speech punctuated by cheers from the large support base. 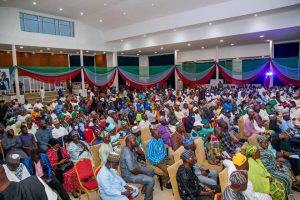 “They say one good turn deserves another. What did he do? It wasn’t about money. It was about logistics and strategy with night meetings in Abuja in his guest house, and elsewhere, to make sure we succeed in our task…Asiwaju, we thank you once again. We are very grateful.
“When we took over it was something else we saw. I know some people that are parading themselves as presidential aspirants today in another party. They left a big mess in this state throughout all the sectors. Is it education? I will repeat this so they understand where we are coming from. Since 2013, the state was banned from accessing UBEC funds because of mismanagement of funds by previous administration. That means before we came in for seven years they could not access UBEC funding and there was no significant investment in the education sector.”
He said the administration has breathed life back to the education, water and health sectors with significant improvements already recorded, citing how Kwara will now represent Nigeria at the Netherlands later this year and the improved health indices in the state.