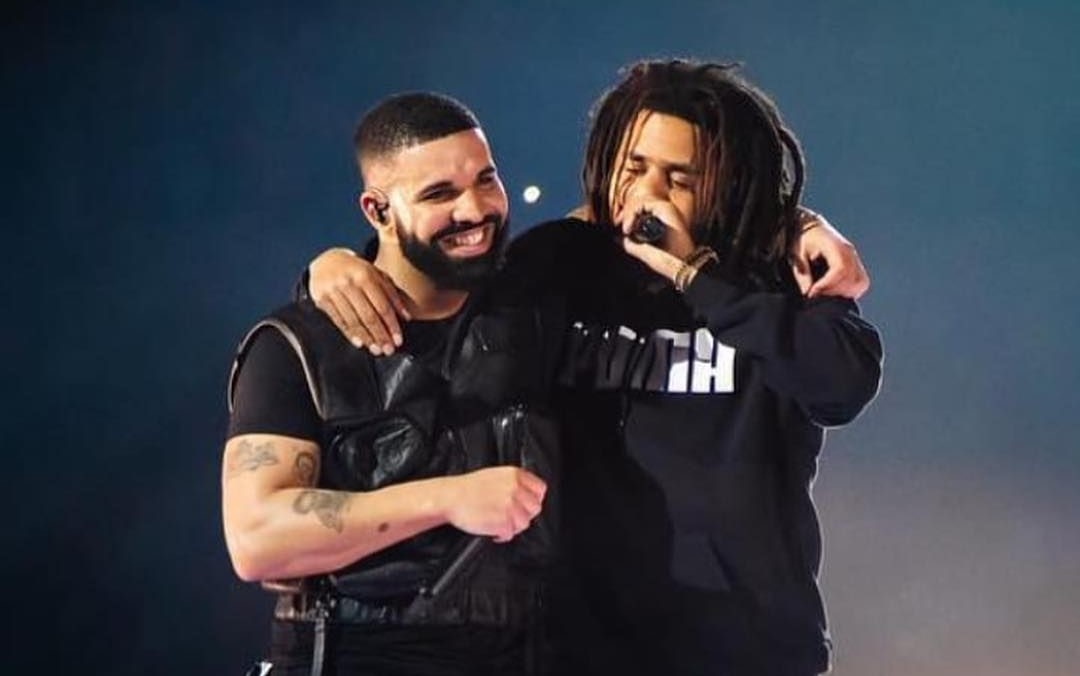 Drake is said to be filming a new music video with J. Cole in Toronto.

He hasn’t gone on his regular promotional shenanigans like touring, but he has been engaged in other ways. He performed fresh verses with musicians such as Jack Harlow and Gunna, as well as a spate of “guest appearances” during other artists’ gigs.

However, it appears that he is about to release additional visuals from his latest opus.

Since J. Cole is now playing for the Scarborough Shooting Stars in Toronto, it appears that Drizzy has summoned his old pal for a cameo in a future visual.

At least, that’s what one of Drake’s most popular fan pages claims. Drizzy is reportedly filming a video in Toronto, with J. Cole appearing as a special guest. @DrakeDirect_ retweeted the post and included the eyes emoji, signifying that the claim is true.

If this is true, Drake and J. Cole have done an excellent job of keeping the shoot under wraps. If Drizzy and Cole were to be seen together, it seems obvious that iPhone footage would fill the timeline.

Hopefully, the rumor turns out to be factual and we end up getting some new content from Drake in the near future.