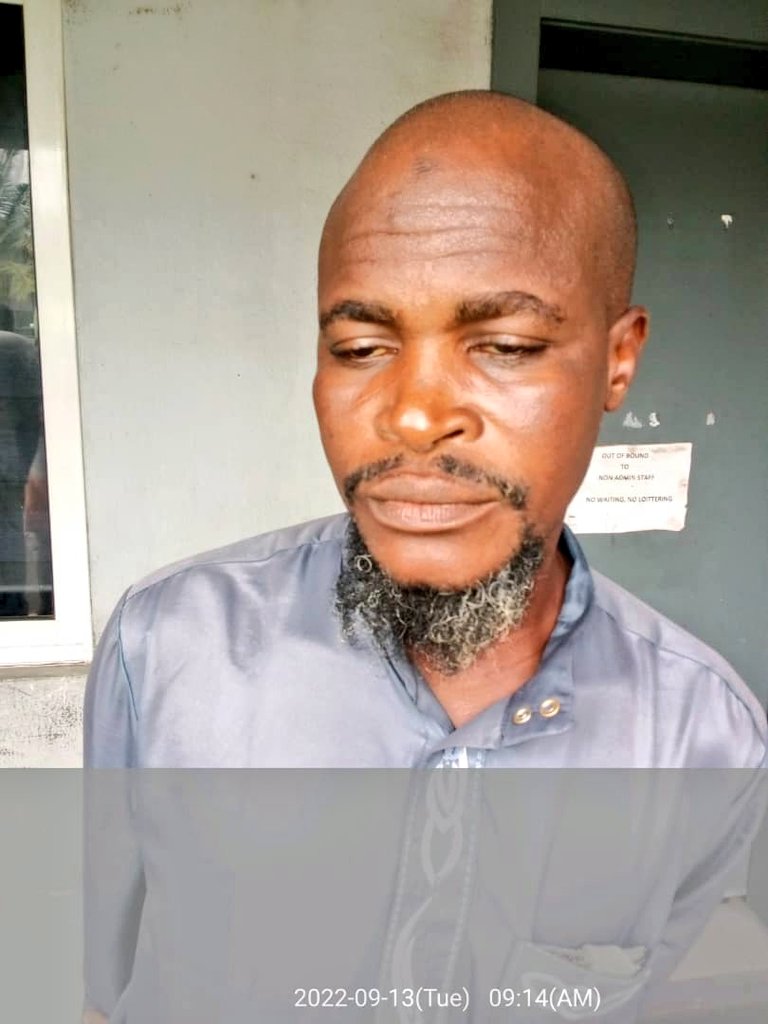 A young man has been prosecuted for burning waste in Eti-Osa Local Government of Lagos State.

The Lagos Waste Management Authority, {LAWMA}, shared a video on twitter showing the moment the man was arrested and wrote;

“CAUGHT IN THE ACT OF WASTE BURNING

LAWMA Enforcement, personally supervised by the Managing Director/CEO, Mr. Ibrahim Odumboni, this morning an environmental defaulter for burning waste at Eti-Osa axis. He has since been taken to Oshodi mobile court for prosecution, and a minimum of three months prison sentence awaits him. We appeal to residents to make conscious efforts to shun acts capable of endangering the environment and people living in it.”

Meanwhile, a man named Mukaila Ismail Gado was detained for dumping trash into a gutter.

The middle-aged man who stays on Jogunosimi Street, Alausa, Ikeja, was apprehended after being caught on camera emptying a waste sack into a gutter while rain was falling.

The video was shared on Twitter by @LagosWaste, who revealed that the man was apprehended by the Lagos Waste Management Authority’s monitoring enforcement team division (LAWMA).

They stated that the man will be arraigned in court and faces prison time for his crime.

“Caught in the act by @Lawma_gov monitoring enforcement team dumping refuse into the drainage during the fall. He has been arrested for further investigation

This is pure wickedness can’t continue to blame the government @lagosstategov @LagsMOE.”