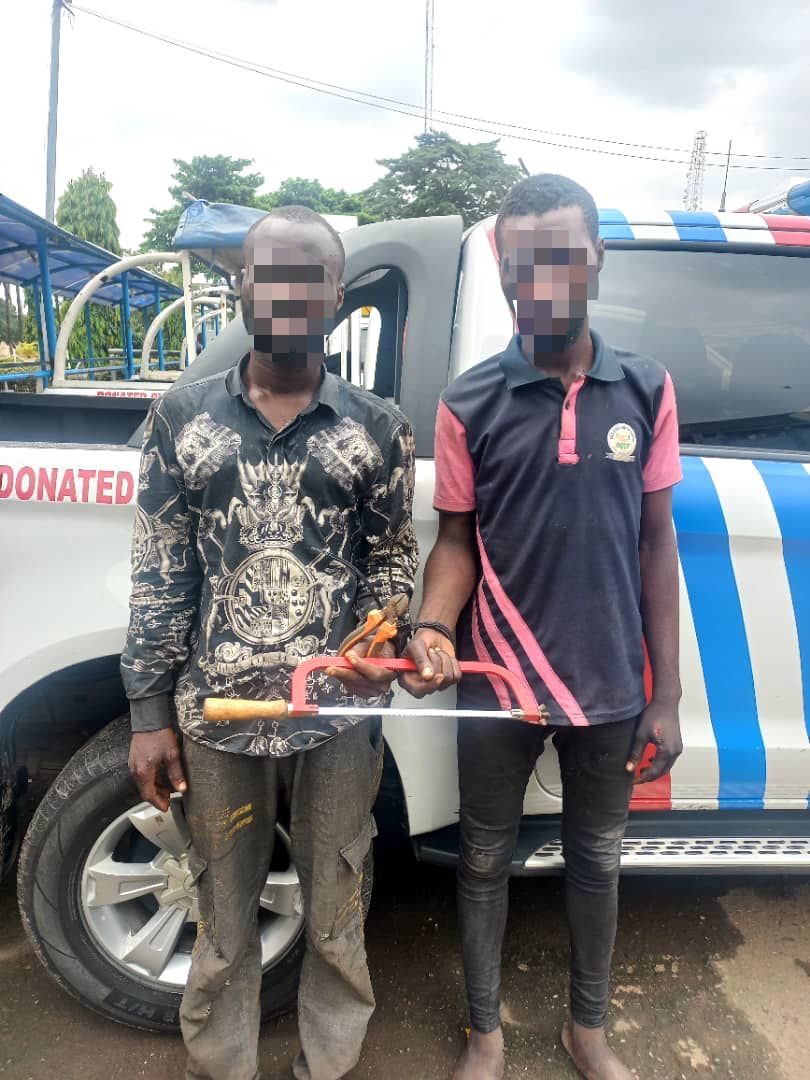 Spokesperson of the State Police Command, SP Benjamin Hundeyin disclosed this in a statement on Monday, October 31, 2022,

He said the suspects, Wasiu Olainukan and Habib Rasaq, were arrested at about 3:45 Am on Saturday, October 29, while excavating and cutting cables powering street lights in the area.

Preliminary investigations revealed that the suspects, who were arrested with a handsaw and cutting pliers, were labourers on Banana Island.

The Commander, Rapid Response Squad, CSP Olayinka Egbeyemi has since transferred the suspects and exhibits to the State Criminal Investigation Department (SCID) Panti for further investigation and prosecution.