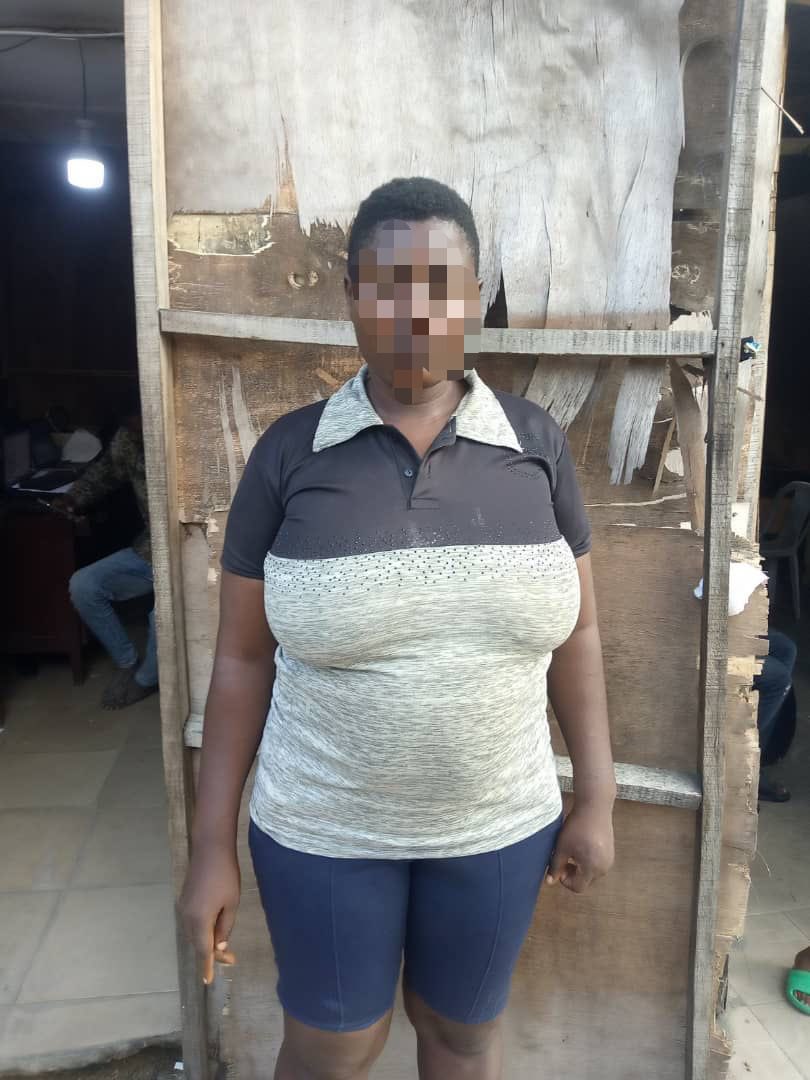 A serial kidnapper, named Joy Kolapo and aged 28 years old has been arrested by the police in connection with the kidnap of two male toddlers in Lagos and Ibadan.

Investigation and intelligence gathering into the abduction of a three-year old boy, Bright, on October 27, 2022 in Ejigbo area of Lagos State, led detectives of the State Criminal Investigation Department (SCID), Lagos State Command, to arrest Kolapo.

Investigation led to the rescue of Bright in Akute area of Ogun State same day the suspect was arrested.

Further investigation by the police revealed that the suspect was a neighbour to Bright’s parents and had received the sum of Fifty-Five Thousand Naira (N55,000) from his parents for his return. Thereafter, the suspect took the victim to her friend’s shop in Akute (Ogun State), begging her friend to babysit the child while she went shopping but never showed up again. The friend immediately notified the Police at Ojodu Abiodun Division in Akute of the abandoned child.

The suspect then travelled down to Oyo state after leaving Akute, kidnapped another victim, one Moses, demanded and received the sum of Twenty Thousand Naira (N20,000) from his parents before she was eventually arrested.

A statement signed by the Public Relations Officer (PRO) of the Lagos State Police Command, SP Benjamin Hundeyin said that “the boys have been rescued unhurt and reunited with their parents. Meanwhile, the suspect has since been arraigned (in court).”