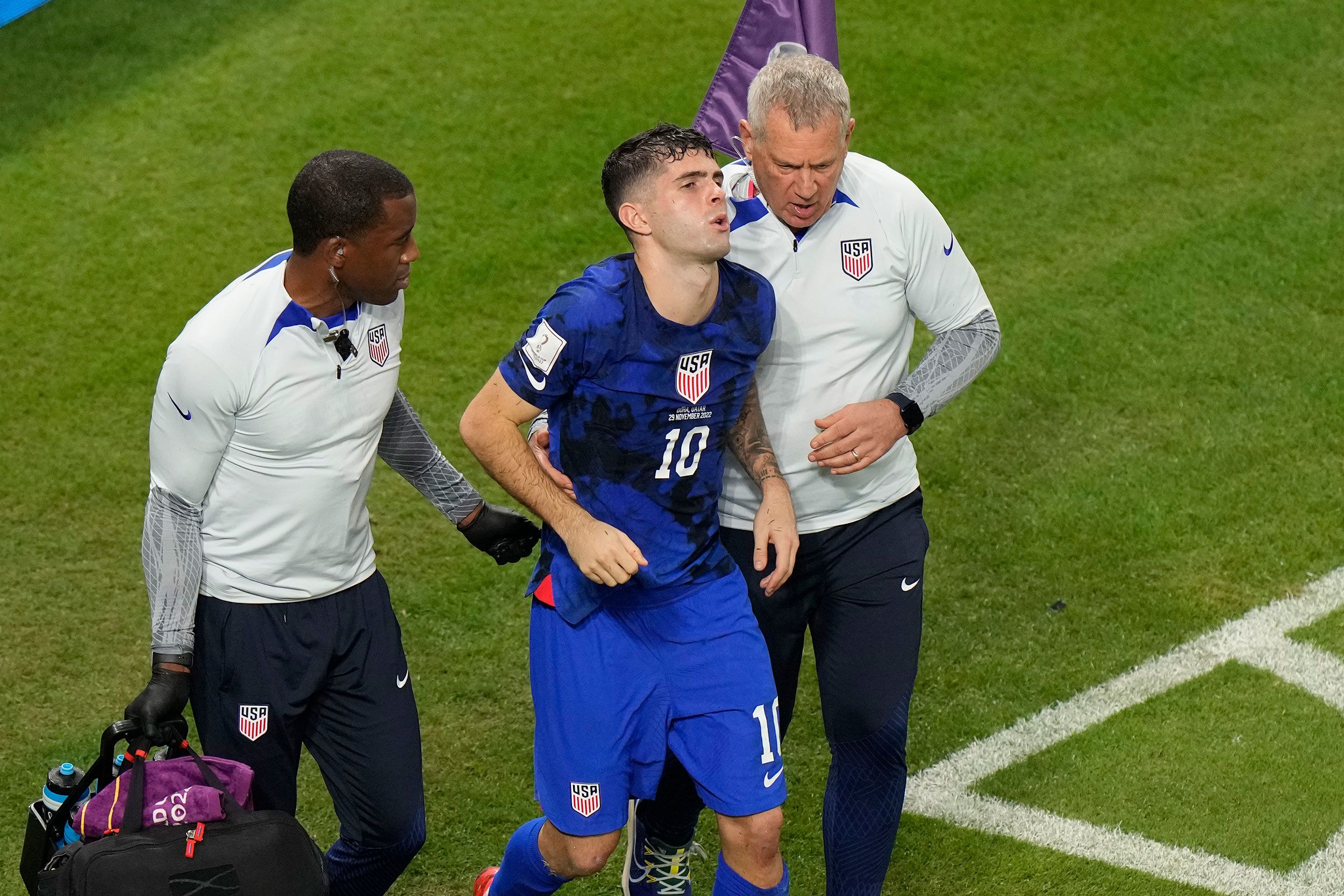 Christian Pulisic guaranteed his United States teammates that despite suffering an injury during his team’s Group B victory over Iran on Tuesday, he would be fit for Saturday’s encounter against the Netherlands.

Pulisic was involved in a hard collision with Iran keeper Alireza Beiranvand shortly before half-time as he tapped in a headed cross from Sergino Dest to put the US up 1-0 and help earn the Americans a spot in the knockout rounds.

Weston McKennie, a teammate, said: “I sent him a text and checked on him, and he said, ‘Best think I’ll be ready on Saturday.'” The Chelsea winger said on social media after the game that he would “be ready Saturday, don’t worry.”

After the contact, Pulisic laid on the ground in the goalmouth for a while before leaving the field, receiving care from the team’s trainers, and then returning to play to finish the first half.

Pulisic was replaced by Brenden Aaronson at halftime after being diagnosed with a pelvic contusion that was deemed “day to day” at the hospital, according to US Soccer.