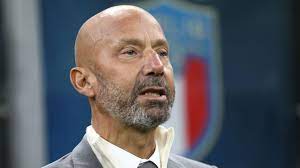 Gianluca Vialli, a former striker for Juventus, Chelsea, and Italy, passed away on Friday at the age of 58 from pancreatic cancer, according to his previous teams.

When he revealed in December that he would be taking a short break from his responsibilities with the national team to focus on his health, things did not seem good.

Before joining Juventus in 1992 for an amount that was then a world record of 16.5 million euros, Vialli played for Sampdoria in Genoa for eight seasons.

Before joining Chelsea in 1996 and taking on the role of player-manager in 1998, he won the Champions League while playing for Juventus.

Late in the season, Vialli took over for the fired Ruud Gullit, and he later helped Chelsea win the League Cup, the UEFA Cup Winners’ Cup, and the UEFA Super Cup.

Additionally, he led Chelsea to victory in the FA Cup final in 2000 before being fired the following year.

Todd Boehly and Behdad Eghbali, Chelsea’s current co-owners, issued a statement saying: “This is certainly a horrible day for Chelsea Football Club.” The legend of Gianluca will continue at Stamford Bridge.

His influence on our club’s history as a player, a coach, and most importantly, as a person, will be indelible.

“We have gone a long way together, growing and searching, winning and dreaming,” Sampdoria, the club where Vialli won the Serie A championship and European Cup Winners’ Cup, said in a statement. We salute you as a man because you arrived as a boy.

Prior to every game this weekend in Italy, a minute of silence will be observed, according to the Italian Football Federation (FIGC).

“Gianluca was a wonderful person and leaves an unbridgeable void, in the national team and in all those who appreciated his extraordinary human qualities,” it said.