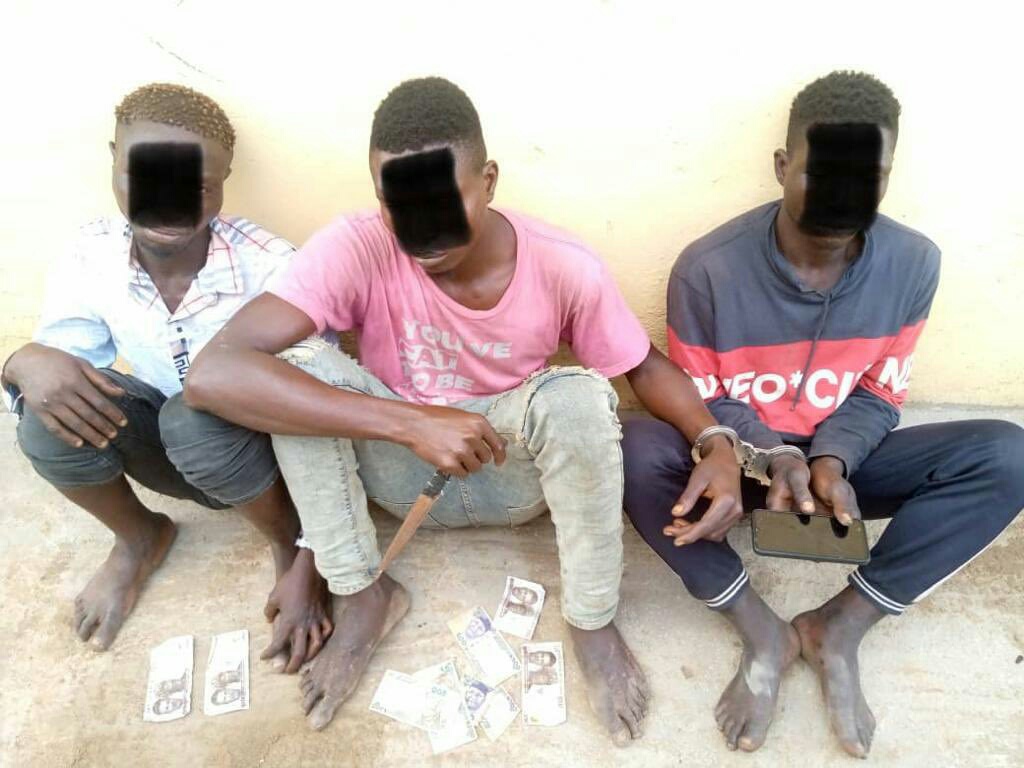 Usman Mohammed, Azeez Adeleke, and Solomon Odiya were apprehended by members of the Alausa division of the Lagos State Police Command as they attempted to flee with their stolen property.

Following a distress call the police received regarding an ongoing robbery attack at Mobolaji Johnson Ikeja on Sunday, June 19, 2022, the suspects were taken into custody at around 20:45.

One Tecno smartphone, one dagger, and five thousand, four hundred naira in cash were found on the accused.

According to early investigations, the suspects have robbed unsuspecting bystanders of their possessions on a few occasions in the neighborhood. At the conclusion of the inquiry, suspects will be arraigned in court.

The command would continue to do everything operationally possible to safeguard the protection of life and property in Lagos State, the state’s commissioner of police, CP Abiodun Alabi, fdc, tells Lagosians once more.