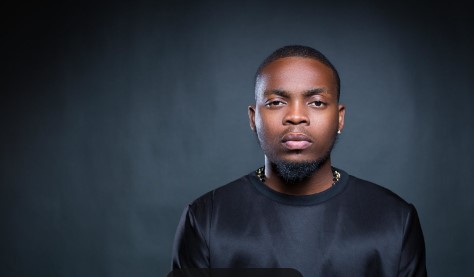 Nigerian rapper and singer Olamide Adedeji, popularly known as Olamide has teased his fans with an upcoming single.

Also known as Badoo, the singer took to his verified Instagram account where he posted a yellow background artwork which displayed a headset and a phonograph record of his picture and unreleased song. In the post, Olamide captioned; “NATI… soonest”.

The singer is recognized as one of the biggest rappers in Nigeria, he also best known for infusing his style of both English and Yoruba in his music.

The rapper came into stardom in 2011, when he dropped his first album called “Rapsodi” after which he has released over ten studio albums under his record label, Yahoo Boys No Laptop (YBNL), which was founded in 2012.

The record label consists of artists such as; Lil Kesh, Adekunle Gold, and Viktoh. Various other artistes who are presently on the record label are; Fireboy DML, Asake, Young John, DJ Enimoney, Davolee.

By Adeniyi Onaara  Wumi Toriola, a Nollywood actress, has finally responded to rumors about her marriage, confirming that she has...

By Adeniyi Onaara  CEO of IrokoTV, explains why he makes it a point to spend as much time as possible...

By Adeniyi Onaara  Hundreds of people demonstrated in Muslim-majority Pakistan on Tuesday to express their outrage over the weekend torching...

‘Grassroots support, a testimony of working partnership’ - Governor    The 4,325 Community Development Associations (CDAs) and the 57...