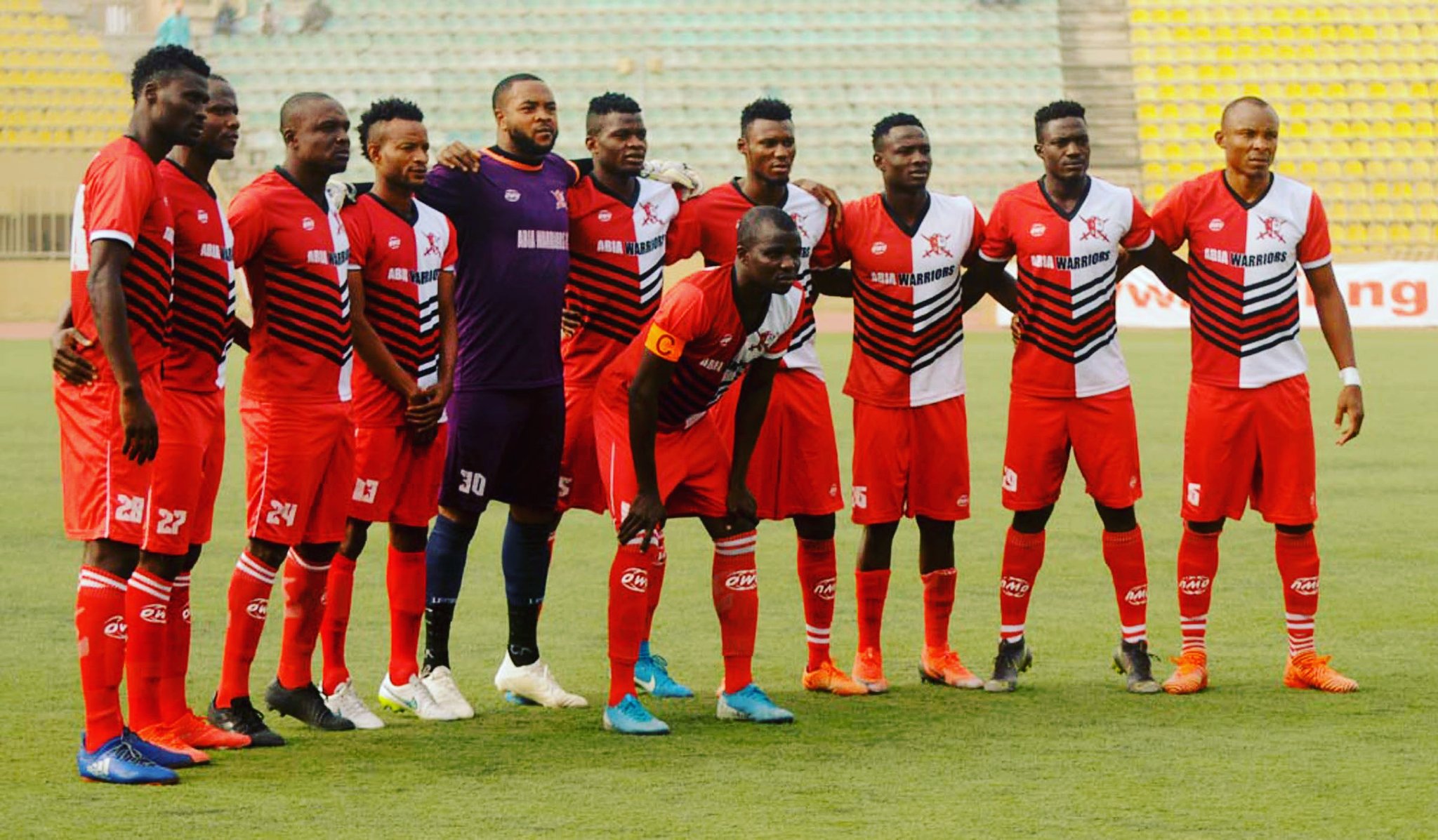 Abia Warriors maintained its 100 percent record to the start of the season after brushing aside newly promoted Bayelsa United 3-1 in what was a winning return to the Umuahia Township Stadium in almost 3 years.

The Warriors were quick out of the block as Kalu Nweke scored in the second minute while second half strikes from youngsters Bello Lukman (65th minute) and Henry Udezuka (87th minute) ensured all three points for the Umuahia based side. Abia Warriors remain top of the table in Group B with six points thanks to the 2-0 defeat of Rangers in Awka on MatchDay 1.

Still, in Group B, NPFL giants, Enugu Rangers lost a second consecutive match after going down 0-1 to Lobi Stars at the Benue side’s adopted home ground in Jos.

Lobi Stars left it late as Joseph Atule scored in the 82nd minute to snatch all three points for the Makurdi-based side.

In another Group B fixture of the midweek, Dakkada FC picked its first win of the season after edging Wikki Tourists of Bauchi 2-1 at the Godswill Akpabio Stadium, Uyo.

The Tourists stormed to an early 2nd minute lead thanks to a goal from Ismalia Maiyaki but Kufre Ebong equalized for Dakkada in the 30th minute before Aniekan Ekpe completed the come back for the host when he scored after 70 minutes.

In the only game in Group A, Enyimba International and 2021 champions Akwa United played out a disappointing 0-0 draw at the Enyimba Stadium Aba. The People’s Elephant moved to the top of the table temporarily as other Group A matches will be played on Thursday.

Liverpool teenager Stefan Bajcetic has been rewarded for his first-team breakthrough this season with a new contract. The 18-year-old has...

Anthony Gordon has informed Everton he has no intention of returning to his boyhood club in an effort to force...

Former Manchester City striker, Sergio Aguero has given a fierce response to Zlatan Ibrahimovic's comments where he claims Argentina's World...