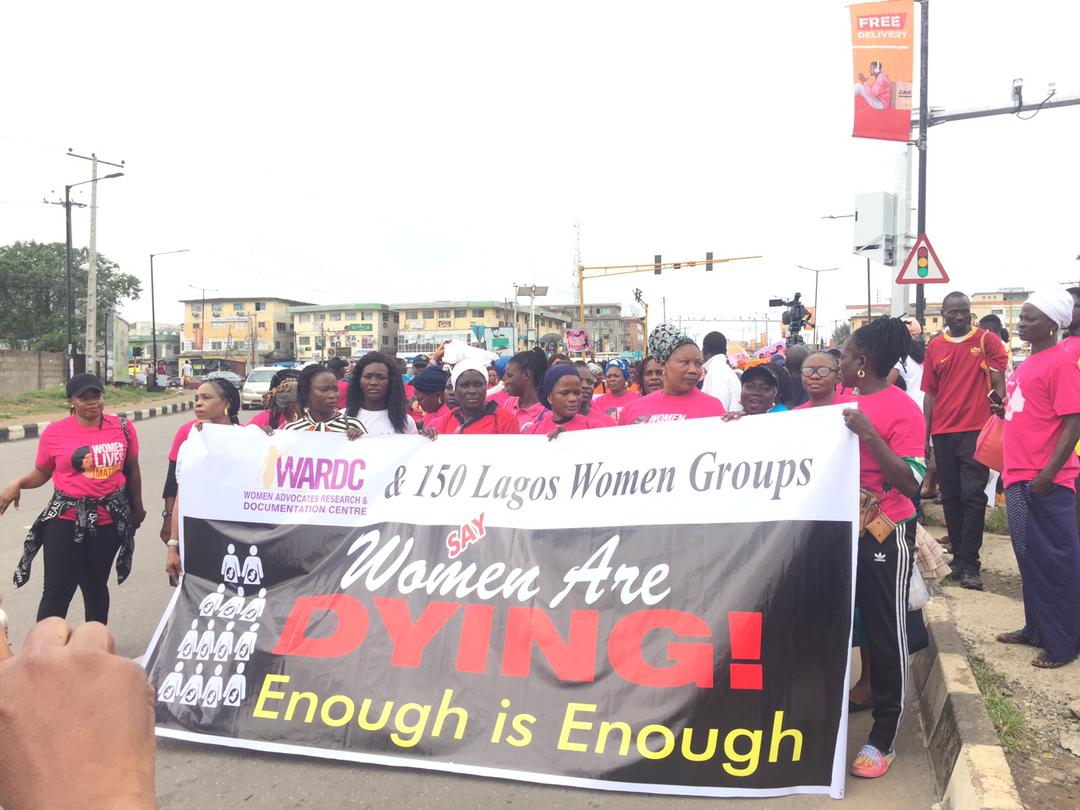 Abiola Akiode Afolabi, the executive director of the Women Advocates Research Documentation Centre (WARDC), has demanded that the ban on safe abortions be lifted.

This was accomplished through a nonviolent demonstration led by the WARDC Director and other women advocates to urge Governor Babajide Sanwo-Olu to reverse his decision to suspend the “State Guidelines on Safe Termination of Pregnancy for Legal Indications.” 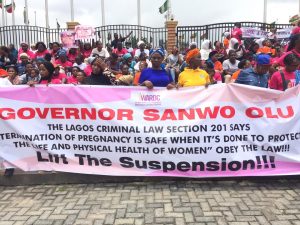 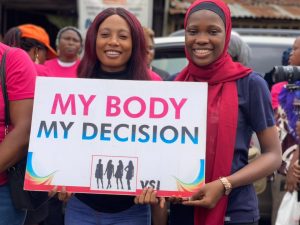 According to Afolabi, the Lagos state guidelines for safe pregnancy termination and legal indication must be followed.

“We feel women’s lives matter and that the Lagos state government should not play politics with the lives of women.” We are aware that the 2023 election is coming in February.

“We believe the suspension is not fair to women and it’s going to cause more death to the lives of women.”

“The guideline is supposed to be a decision a doctor can make, which is a standard medical procedure where doctors can decide to terminate pregnancy in a safe environment and atmosphere.”

“We picked this matter up because it has nothing to do with any religious ethics and the government should be people-centered and sensitive to the needs of women.” 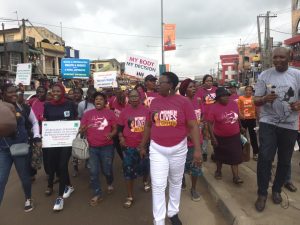 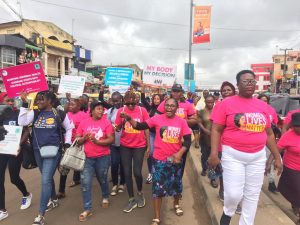 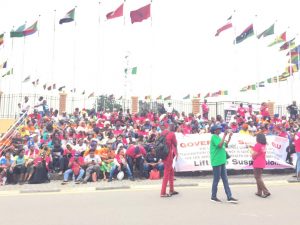 According to Governor Babajide Sanwo-Olu, in a  previous statement, he said that the new guidelines would not be implemented until adequate deliberation, added that the suspension would also allow for adequate public sensitization and stakeholder engagement to reach the consensus required for successful guideline development.

The statement read, “Among the several factors that contribute to maternal mortality, illegal abortions and high-risk pregnancies leading to unresolvable complications rank high.”

“The Lagos State Ministry of Health is seeking different methods to eliminate illegal abortions and ensure that a mother does not die at childbirth, thereby disrupting an entire family unit.”

To this end, we are suspending the implementation of these guidelines in the meantime for the Executive Council to deliberate on this matter and ensure adequate public sensitization and stakeholder engagement to reach the consensus required for successful guideline development.

“The Lagos State Ministry of Health remains committed to planning, devising, and implementing policies that promote qualitative, affordable, and equitable healthcare services to the citizenry.”