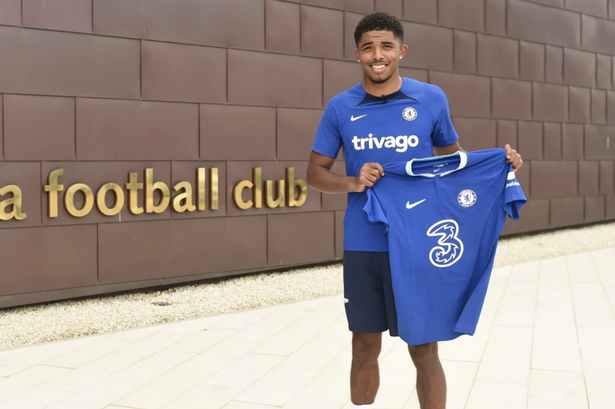 Wesley Fofana has completed his transfer to Chelsea from Leicester City in a deal worth up to £75 million.

Fofana agreed a seven-year contract with Chelsea that would initially cost £70m with a potential add-on of £5m.

Leicester and Chelsea agreed a fee for Fofana on Saturday, with the defender flying to the USA on Monday for his medical.

Fofana said: “The two last days have been really big days for me and I’m very happy. I trained this morning with the team and it’s a dream for me. I’m very excited to start playing games for the fans and the club.

In a statement posted on his Instagram later,  Fofana thanked Leicester supporters for their kindness and unwavering support, even in the moments they were made to believe he didn’t respect the club”. Fofana also seemed to fault Brendan Rodgers, the manager of Leicester, and his handling of the protracted transfer saga.

Fofana added: “I chose not to communicate during this transfer window despite all the criticism and all the often false and misleading comments, even when they were coming from the club.

“I understood and I learned. I didn’t want to damage the image of the institution and I chose to take it rather than answer. I thank Top for his understanding, thanks to the managers, to the coach who has always appreciated me, even if he chose to expose me a lot lately… I got it coach.”

Chelsea had made three previous bids for Fofana which were all swiftly rejected by Leicester – two in excess of £60m and one believed to be £60m plus £10m in add-ons.