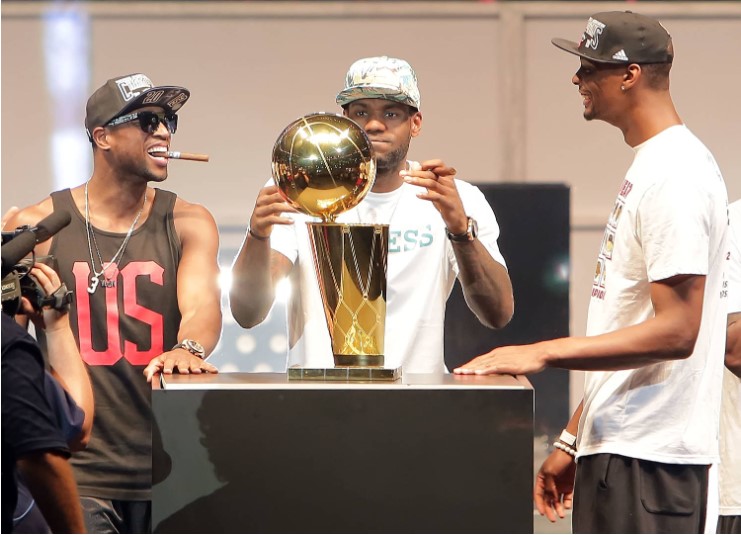 Bosh who has always been positive about LeBron’s legacy stated on the ‘All The Smoke’ podcast why he believes LeBron is the ‘GOAT’ (greatest of all time) and claiming future players will find it extremely tough to equal his excellence.

“We all have our dreams of how things are going to be and how your career is going to be played out, to actually watch him do it.

“I think, first, we’re not going to appreciate it until he’s done playing. And it’s going to be a dangerous new norm for any other player who wants to be the GOAT. You’re at least going to have to have 18 years of prime basketball.” Bosh said.

Between 2010 and 2014, Chris Bosh played with LeBron James for four seasons along with Dwyane Wade forming the ‘big three’, to reach four consecutive NBA finals and winning two of them. They were regarded as the super team, which encouraged a new generation of superstars to collaborate with one another.

LeBron is entering his 20th season, and if he continues to perform as he did last year, his case for the GOAT will only strengthen. LeBron could easily play until he is 45, and at this point, he may very well do so.