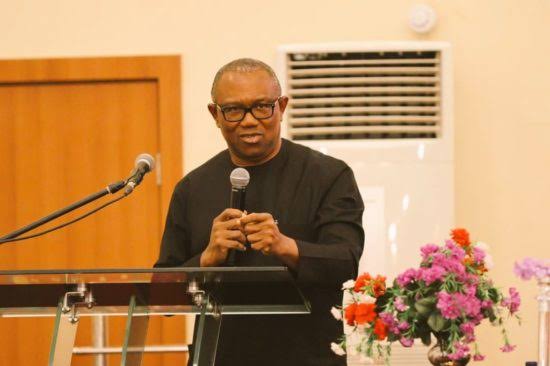 The Presidential Candidate of Labour Party (LP), Peter Obi has vowed to ensure steady power supply to liberalize transmission if he is elected next president of Nigeria in 2023 adding that, he would encourage the setting up of more local refineries by private firms and to supply them crude oil in naira to refine for Nigeria’s domestic consumption.

The Former Anambra State Governor, made this statement while giving his speech, during the 2022 Private Sector Economic Forum that was held in Lagos and hosted by the Lagos Chamber of Commerce and Industry (LCCI) ahead of the 2023 presidential election.

He also, described oil subsidy in Nigeria as an organiszed crime, with a promise to tackle it decisively if elected president while promising to stop the dollarization of the Nigerian domestic economy immediately he resumes office.

“Power is something everybody is worried about. I know very well that the federal government as of today has removed power from exclusive list to concurrent list. But I will go further than that. Our power problem today is that we have privatized generation and distribution but left power transmission untouched. 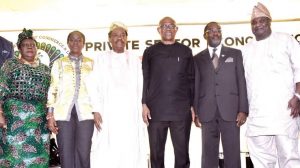 “For me, the first thing I will do to ensure steady power supply is to liberalize transmission. This is critical if you are going to deal with our power sector. We will support the existing companies in the distribution and generation arms by ensuring that there is a dedicated gas supply which is one of their problems today

“We will ensure that the generation, transmission and distribution are properly aligned. We will ensure clear certainty of policy and regulatory environment for them to operate. We will support them with access to funding that is attractive and deal with some of tax incentives. We have to ensure that renewable energy is embedded in our power process.’

He said his administration would limit government involvement in the power sector to providing sovereign guarantees and policy clarity and certainty that would attract private sector investment.

“The issue of power will have to be an emergency that we will have to deal with all means possible to ensure that we have power. To have the resources to do this, we will involve the private sector. Government does not need to be entirely involved. Government involvement will be to provide sovereign guarantees.”

“I have said it before, 50 per cent of the subsidy is corruption. That will be dealt with decisively. Subsidy will be removed where absolutely necessary.

“Second, we will start aggressively and immediately anywhere we can, local refining, especially modular refinery, driven by private sector not government. We are going to support and ensure that the refineries are put in as quickly as possible.

“So, I assure you subsidy will not be there. Subsidy is one of the things that is driving inflation because you have huge sum of money being thrown into the system to deal with deficit budgeting to pay for the subsidy.

“As I have said before, we have to stop the dollarization of our economy, especially domestic economy. Under my watch, if you must operate you must charge in naira, except you are operating in the international space.”

While Speaking on the issue of debt, the aspiring President mentioned that there is nothing wrong in borrowing but it must be for the purpose of investment, and not for consumption.

“Debt is a component of development. But it must be used for investment not consumption.”

He added that there no country that is not oweing. “Many countries such as Japan and Singapore have debts that are more than 100 per cent of their GDP but their economies are growing because they borrow for investment.” 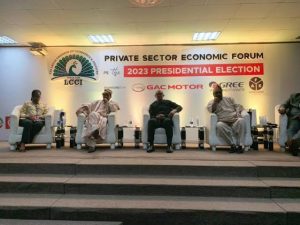 His words: “Under my watch, we will borrow for investment not consumption and ensure fiscal discipline.”

However, he added that in tackling corruption, he would live by example.

“If the principal and members of his family are not corrupt, the issue of corruption will be reduced by 70 per cent,” he stated.

“When we come into government in 2023, one thing that we must aggressively and decisively deal with is the issue of security. We will deal with it as quickly as possible. And I can assure you that will be the first thing on my desk.

“We need to overhaul the entire security architecture and ensure that it is out in place aggressively, including having multi-level policing, federal, state and community policing.”