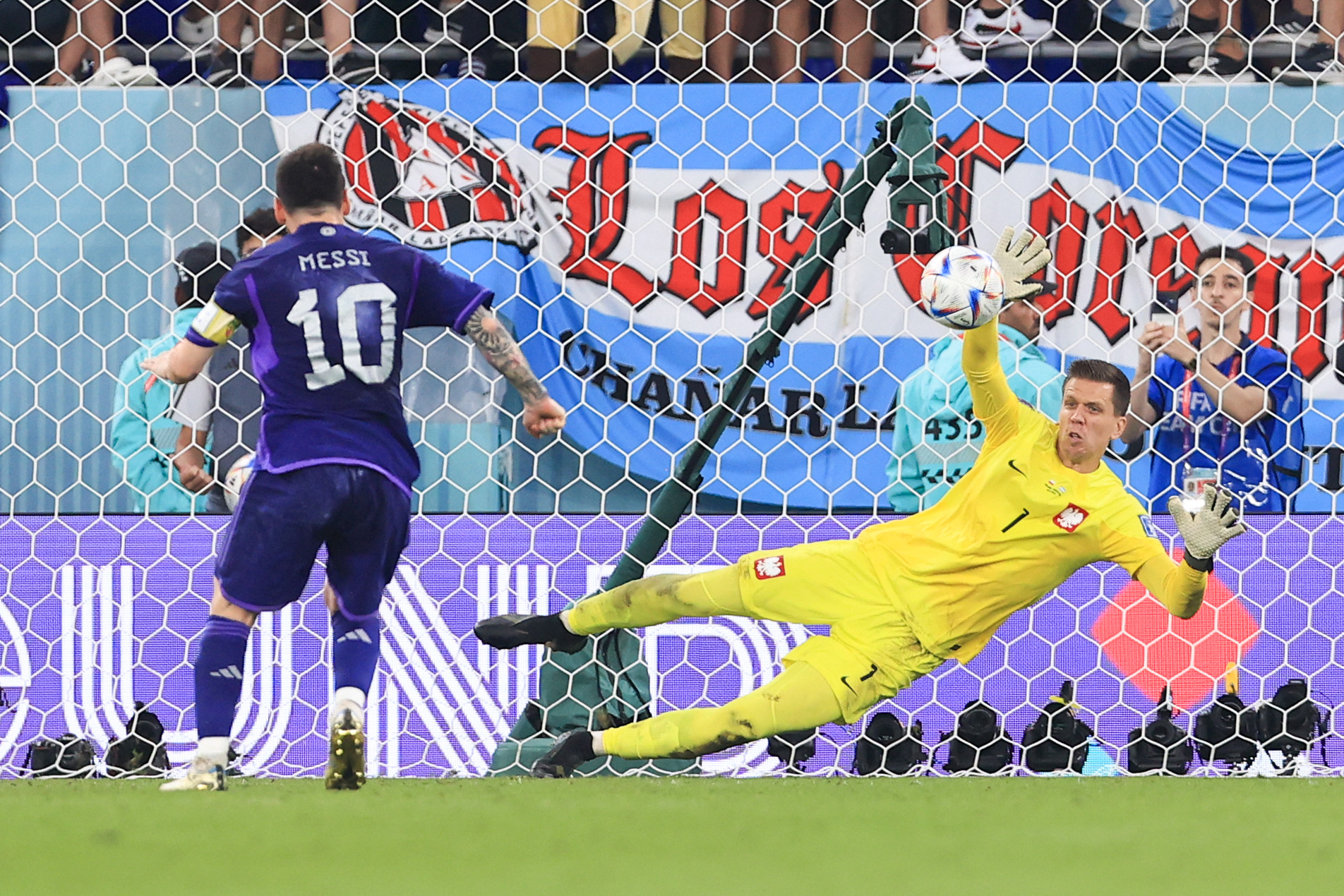 Poland goalkeeper Wojciech Szczesny has said that he lost a €100 bet with Lionel Messi before the Argentina forward missed a penalty during his team’s 2-0 World Cup win at Stadium 974 in Qatar.

Second half double was enough to seal victory and a top spot finish in group C for Argentina. Despite the defeat Poland also made it into knockout stages, edging Mexico on goal difference.

Szczesny’s penalty save from Messi would ultimately prove crucial for Poland in the goal difference battle with Mexico, but the decision by referee Danny Makkelie to award the spot-kick surprised the Juventus goalkeeper, who was judged to have caught Messi in the face with his arm while collecting an aerial ball.

Makkelie reviewed the incident on VAR before awarding the penalty and Szczesny said he was so convinced that the referee would reject the penalty claims that he made a bet with Messi.

“We spoke before the penalty and I told would bet him €100 that he [referee] wasn’t going to give it,” Szczesny told TV2. “So I’ve lost a bet against Messi.

“I don’t know if that’s allowed at the World Cup — I’m probably going to get banned for it! But I don’t care right now.