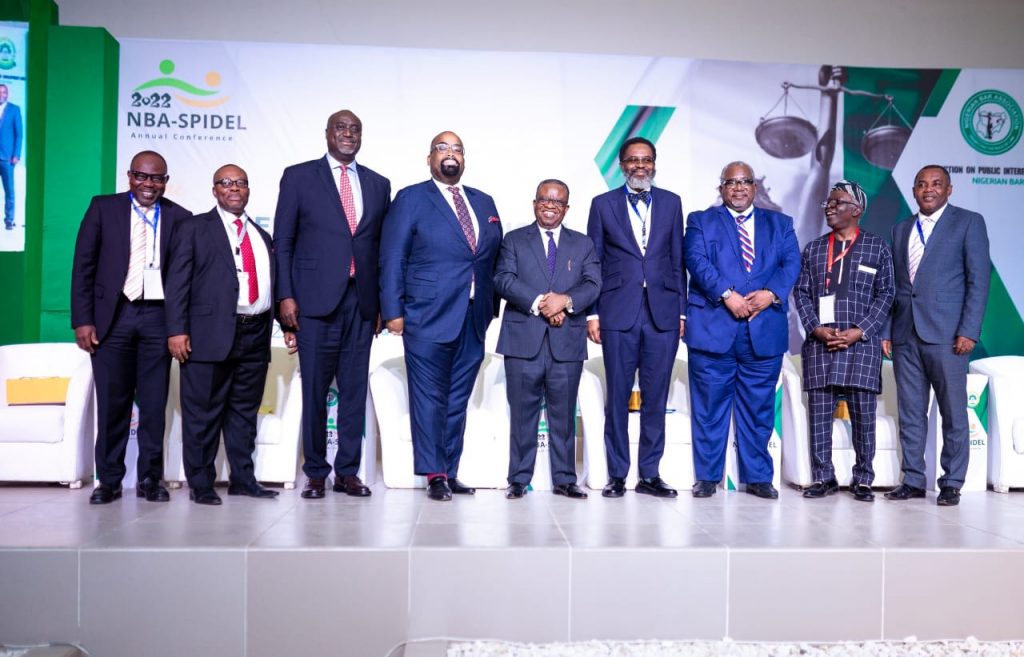 Rights advocate, Chief Mike Ozekhome (SAN), criticized the government and politicians for undermining the court on the 24th of August 2022, during the Nigerian Bar Association Annual General Conference (NBA-AGC).

He claimed that judges lack the fortitude to render just judgments.

Joseph Otteh, convener of the Access to Justice sector watchdog, acknowledged that judges occasionally lack bravery in the face of impunity.

The three spoke on Consequences of undermining the judiciary under democracy organized by the NBA Section on Public Interest and Development Law (NBA-SPIDEL) at the NBA conference.

During the session moderated by Dr. Monday Ubani, Femi Falana, said that the courts give more attention to political cases than those of thousands languishing in detention.

According to him, only cases of the rich and politicians are attended to speedily.

However, to buttress his points, he cited the case of the deposed Emir of Kano, Lamido Sanusi.

He said the case was filed, processed, assigned to a judge, heard and determined the same day.

He emphasized that a common man could not achieve that in the country.

Falana urged judges to learn to manage cases, saying the procedure where cases of senior lawyers are heard first must stop.

“Our judges must learn to manage their courts if we must ensure speedy dispensation of cases.

“I see no reason why the provision in the Legal Practitioners Act that allows cases of senior lawyers to be heard first in court must continue.

“We must stop it and adopt more efficient ways of freeing the court docket,” he said.

Falana, citing several instances, also blamed lawyers for not using the law and precedents to fight their cases and causes in court.

Ozekhome was of the view that the judiciary was in a quagmire.

He said: “Judges are afraid to deliver fair judgments because the government is on their neck.

“This is because the executive dictates the pulse and the judiciary is hopeless.

“The judiciary itself, particularly judges, put manacles on their feet where non exist.

“They forgot that judgment must be respected. They deny litigants who are judgment-creditors the fruits of their labour.”

He questioned why a judgment creditor must go through the Attorney-General to enforce it.

To him, this factor is one of the consequences of undermining the judiciary under the country’s democracy.

Ozekhome said judges must be allowed to operate unfettered.

He believes the courts are not responsive enough to the need for more access.

“We are still paper-driven, which is labour-intensive and we are not prepared enough for another pandemic,” he said.

Otteh frowned at delays, attributing the development to the transfer of judges without adequate preparations.

“Our judges fail to exercise the courage they need to display when they face challenges like impunity from the state.

“If the judiciary cannot faithfully exercise their authority, it will be undermined,” he added.