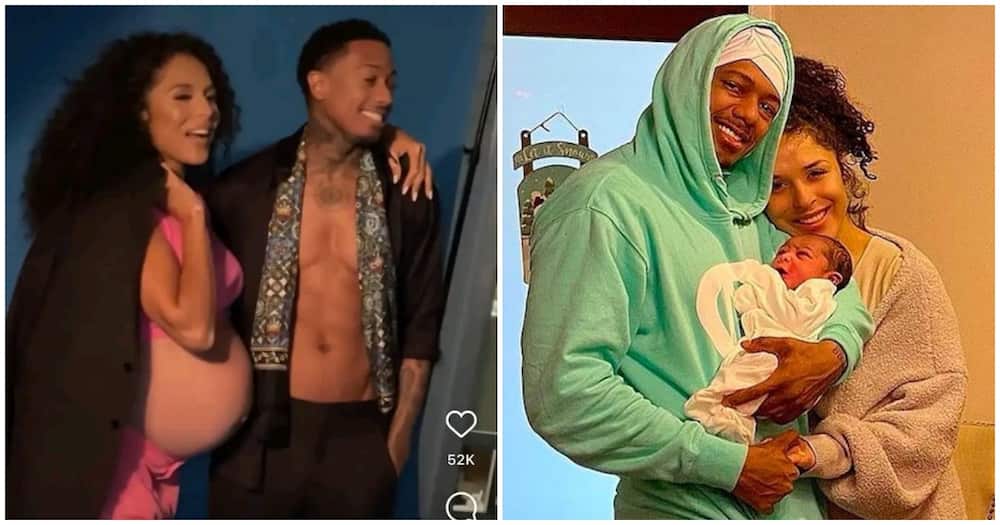 In a video he shared on his Instagram page, the wild N’ out host, has flaunted a maternity shoot with his baby mama’s blossoming baby bump. With the caption, “Time stopped and this happened… @missbell #Sunshine, #SonRise,.”

The actor and the model, are expecting their 3rd child together after the arrival of their son “Golden” in 2017 and their daughter “Powerful” in 2020.

Meanwhile, the 41-year-old is currently expecting his 9th child with media personality, Abby De La Rosa, who is also the mother of his 13 months old, twins Zion and Zillion.

However, the actor shares 11-year-old, twins Monroe and Moroccan with his ex-wife, Mariah Carey, as well as, a newborn son, Legendary Love, model Bre Tiesi.